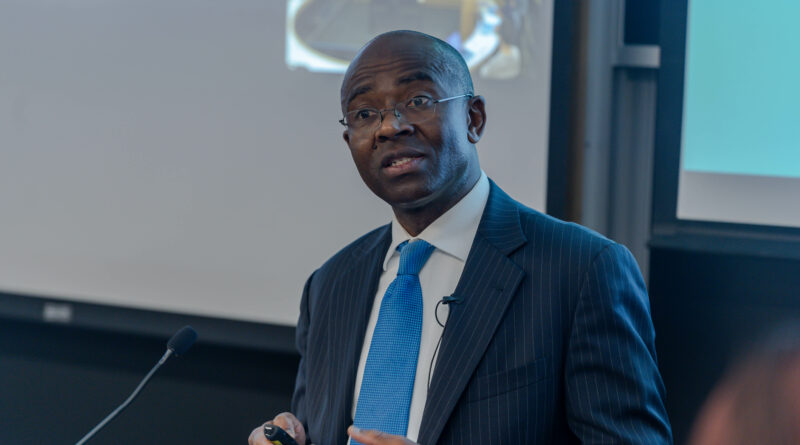 The implementation of African Continental Free Trade Area (AfCFTA) has the potential to increase Africa’s exports by more than US$ 560 billion. This was disclosed by Dr. Hippolyte Fofack, Chief Economist of Afreximbank, while referring to a World Bank data during a lecture at the Harvard Kennedy School.

Dr. Fofack stated this during the Africa Lecture Series organized by The Africa Policy Journal, Harvard University Center for African Studies, Africa Caucus, Business & Government and Africa in Focus. According to Dr. Fofack, boosting Africa’s exports could be largely due to manufacturing if AfCFTA is implemented properly.

He added that Africa’s share of global trade has fallen by 47% since 1970, and the continent only accounts for 3 % percent of global trade. To change this situation, a lot needs to be done in terms of moving from commodity to ‘manufacturing exports’, reducing geopolitical risks, bridging infrastructure deficits, human capital development and effective utilization of technology.

The Chief Economist of Afreximbank lamented on the dearth of researchers from Africa as the continent accounts only for 11 researchers per million. He emphasized the need to develop researchers who will contribute to Research & Development for the continent.

AfCFTA aims to foster greater economic integration in Africa where intra-regional trade has been dismally low. It accounts for only 15% of total trade, against 67% in Asia and 72% in Europe.

Improving trade would be key in fighting poverty in the African continent. As stated by Dr. Fofack, in 2021, more than 66% of people living in extreme poverty were in Africa.

“The AfCFTA which establishes the largest free trade area in the world by membership, with a market of 1.4 billion consumers and a combined output of $3.4 trillion has been touted as a game-changer,” Dr. Fofack stated, adding that “more than enhancing integration into the global economy, AfCFTA could position Africa as the next frontier market for global investors chasing high yields and a competitive climate-resilient option in the quest for supply chain.”