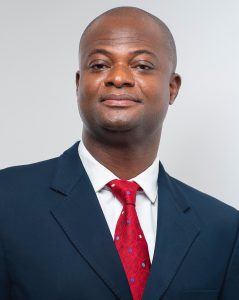 Raymond Akongburo Atuguba is Dean and Associate Professor of Law at the University of Ghana School of Law, where he has taught since 2002. After his first law degree from the University of Ghana (1997) and his call to the Ghana Bar (1999), he received both his Master of Laws (LL.M) and Doctor of Juridical Sciences (SJD) Degrees from Harvard Law School in 2000 and 2004.

Prof. Atuguba is also Co-Founder, former Executive Director, and former Board Chair of the non-profit institution, Legal Resources Centre, and the Founder and Team Leader of Law and Development Associates (LADA), a law and consultancy firm. Over the years, and in the context of his work with these institutions, he has championed the development and application of innovative and creative ideas, solutions, and facilitation techniques for the resolution of some of the most intractable problems of African polities.

Prof. Atuguba has researched and published extensively, mostly in relation to the intersection of law, human rights, policy, governance, the politics and economics of development, institutions and institutional change. He has written over 100 monographs, articles, book chapters, research reports and technical papers on issues of Public Policy, Constitutionalism, Human Rights, Law and Development, and Institutional Renewal in Africa. He has also presented over 250 papers on these subjects at national and international conferences in all continents of the world, including expert papers to the leadership of Parliament and to Parliamentary Committees in Africa, and facilitated dozens of training workshops.

Prof. Atuguba’s research interests are in: 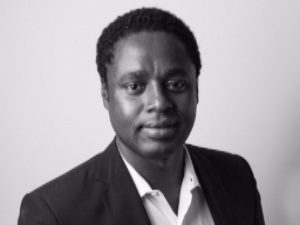 Claude Grunitzky is the founder of TRACE and TRUE Africa, a media tech platform championing young African voices all over the world. In November 2016, TRUE Africa was funded by Google’s Digital News Initiative.

In February 2003, Grunitzky and two business partners completed a multimillion- dollar financing deal led by Goldman Sachs Group. As a result, the TRACE brand is now being leveraged globally across various television, event and interactive platforms. TRACE, which now reaches an audience of more than 100 million people across 150 countries, was successfully sold to a French investor group in July 2010.

Grunitzky was raised between Lomé, Togo; Washington, DC; Paris and London. Growing up, Grunitzky, who speaks six languages and carries three passports, was exposed to many different cultures. These foreign interactions shaped his transcultural philosophy and informed the creative energy of his media ventures.

A graduate of London University and MIT, Grunitzky is also the President and a board member at the Watermill Center, a laboratory of inspiration and performance, founded by theater and visual artist Robert Wilson, which provides a unique environment for a global community of emerging and established artists and thinkers to gather and explore new ideas together.

Grunitzky is also board member at MASS MoCA, a museum in Massachusetts which is one of the world’s liveliest centers for making and enjoying today’s most evocative art, and at Humanity in Action, a foundation that works internationally to build global leadership, defend democracy, protect minorities and improve human rights. 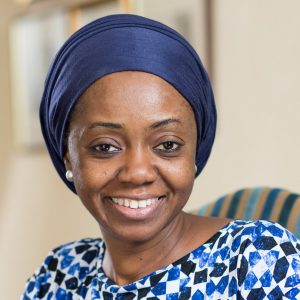 Ayisha is a lawyer and consultant with over 18 years of experience in the public and private sectors including work with the World Bank, United Nations Children’s Fund, National Democratic Institute and Department of International Development on projects related to good governance, gender equality, women’s economic and political participation and ending violence against women. She sits on the board of various organizations in the public and private sector.

She is a published writer. Her latest book, Love Does Not Win Elections, about her experience contesting the PDP primaries in 2014 was recently released to much acclaim. She collaborated on a series of children’s textbooks on social studies used in primary schools and a children’s reference book on Nigeria. She kept a weekly column for five years, in Thisday’s The Lawyer newspaper and most recently, as the Nigerian Citizen for the Leadership newspaper where she covered legal and social issues ranging from state sponsored marriages to good governance. Ms. Osori is a regular commentator on radio and television and has been involved in numerous campaigns to improve social justice for women and girls and to improve governance in Nigeria.

Ms. Osori, an Eisenhower Fellow, graduated with law degrees from the University of Lagos and Harvard Law School and has a Masters in Public Administration from the Harvard Kennedy School. She is licensed to practice law in Nigeria and the State of New York.