Home > Articles > After all these headline grabbing reforms, is Ethiopia really open for business? 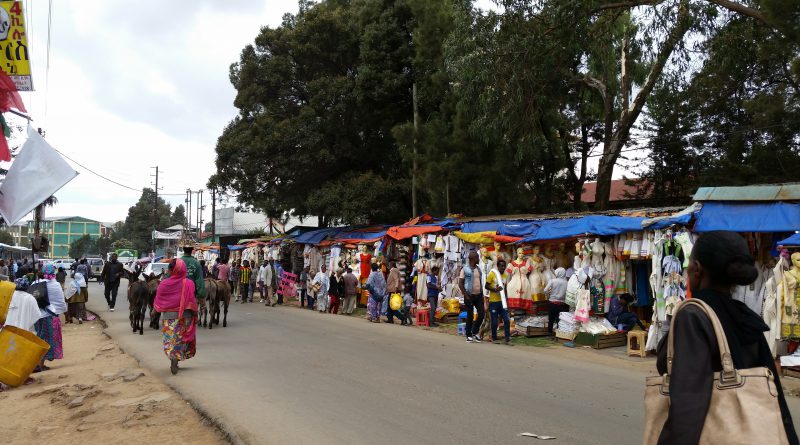 This article was written by Lucy Shaw, a Publishing Editor for the Africa Policy Journal.

Despite the hype around Ethiopia’s recent leadership change and political reforms, foreign investment in Ethiopia is still low relative to its potential. Foreign exchange shortages and capital controls are partly to blame. But what can be done to remedy this?

Ethiopia’s economy has boomed but foreign investment is in decline

The glow around Abiy Ahmed, Ethiopia’s new Prime Minister, is masking a dire situation for Ethiopia’s foreign investment. Mr. Abiy has been celebrated as Ethiopia’s forward-thinking new leader. In the last 9 months, he has raised Ethiopia’s profile with highly visible changes such as reconciling a long-standing conflict with Eritrea, releasing political prisoners from jail[i] and appointing a diverse, 50%-female cabinet[ii]. From an economic perspective, he has also promised to partially privatise Ethiopia’s most successful state-owned enterprises (Ethiopian Airlines and Ethiotelecom)[iii] and implement an Ethiopian Stock Exchange[iv] by 2020.

Ethiopia has been riding a wave of growth and poverty reduction over the last decade and is one of the most exciting markets in Africa for investors due to its scale. GDP grew at 10% year on year from 2007-2017[v] at almost double the regional growth rate, surpassing Kenya as the largest economy in East Africa at a total GDP of $84 billion in 2018[vi]. At over 100 million people, Ethiopia is the second most populous country on the continent after Nigeria, ahead of Egypt and South Africa. Poverty, too, has seen decline in recent years, coming down from 45.5% poverty rate in 2000 to 23.5% in 2016[vii].

In this context, it is surprising to outsiders why more companies and institutions are not investing in Ethiopia. Ethiopia’s capital account (foreign investment and debt) has declined in Ethiopia over recent years[viii],[ix], in part due to political unrest but also due to capital controls and foreign currency shortages.

In traditional economic theory, an increase in domestic income prompts higher demand for goods, including imports. Given Ethiopia produces very few manufactured goods and has few natural resources, Ethiopia imports 2.8 times the amount it exports, with a trade deficit of $12.6 billion in 2017-18[xi].. This balance has historically been supported by official transfers (e.g. remittances) of $6 billion per year in 2018 and debt plus FDI, a further $3.7 billion[xii]. This is not a problem in the short run if the exchange rate is fairly valued, for example under a floating exchange rate, or if a country has significant reserves to maintain an overvalued pegged exchange rate. Ethiopia follows a fixed currency regime pegged to the US dollar and because it is currently overvalued by up to 12-18% according to the IMF[xiii], the government has to sell reserves to maintain this fixed exchange rate. With reserves standing at $3.7 billion in September of last year, representing just 1.9 months of imports[xiv], and declining FDI from 2017 to 2018[xv], the government needs to act. 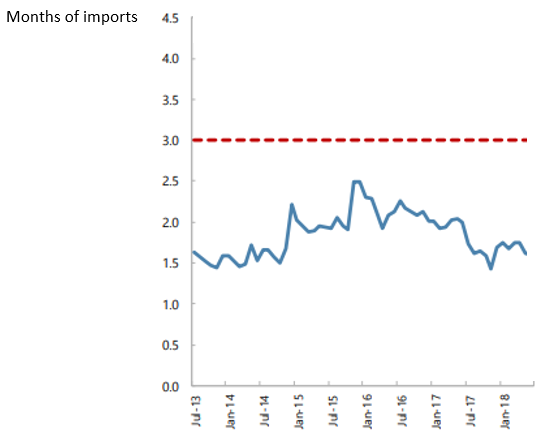 In fact, the government has responded. In 2017, Ethiopia devalued its currency, the Birr, by 15% overnight relative to the US dollar[xvii], making it more expensive to import products and ideally reducing the trade balance as a result. With the continued appreciation of the US dollar against other currencies, Ethiopia has started devaluing the Birr further. Ethiopia also has negotiated a $1 billion foreign exchange deal with Saudi Arabia[xviii] and partial privatisation of the state’s most valuable assets[xix]. But the first is a band-aid solution and the second will take more time than Ethiopia has to spare.

Ethiopia’s ability to further reduce the value of the Birr is also limited by high inflation, which runs at 10-15% p.a. on average[xx]. With mounting pressure to devalue the currency, investors may be unwilling to take the plunge into a new market until this occurs through a further devaluation round or currency float. Businesses domestically are also often unable to import the equipment and products they need in a timely way, reducing their competitiveness. 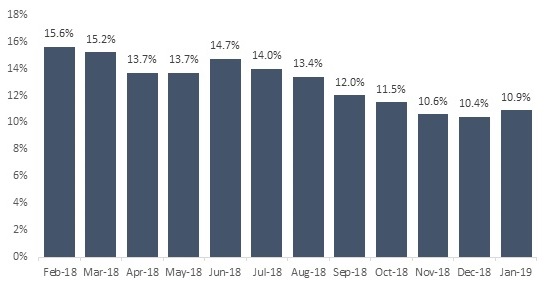 The government’s other approach to manage foreign exchange, significant capital controls, is also worrying for foreign investors. Foreign owned businesses in Ethiopia have difficulty recovering any capital brought into the country in foreign exchange, once it has been converted to the local currency. As of 2017, conversion into local currency is mandatory within 28 days for 70% of foreign exchange earned from exports, while 30% can be held indefinitely[xxii]. Previously the foreign exchange retention amount was only 10% of export earnings[xxiii]. Paying dividends to investors abroad is also difficult, as there is no explicit approval to exchange Birr back to foreign currency for this purpose in the regulation[xxiv]. For companies with wholly domestic revenues, this is an impossible sell to investors if their retained earnings devalue every year that they cannot be repatriated.

There are two primary ways that businesses can circumvent these rules in order to repatriate funds.

Despite the work-arounds, capital controls are problematic because they limit investment in Ethiopia and reduce the potential to recover tax receipts for companies that do invest. An approach more tailored to foreign investors would be to ease capital controls, while strengthening tax enforcement and collections. While controls exist to reduce outflows of foreign exchange from the country, they are currently discouraging investors from bringing new capital in as well. A clear ‘exit’ strategy for profits and sale of assets is attractive for foreign investors, which they do not have today. Strengthening the tax base from foreign investors would give Ethiopia more flexibility to float the currency in the future, as it would improve the budget balance and reduce reliance on monetary policy.

One option that nobody domestically is excited about is floating the currency. This would likely lead to a devaluation, but it would also induce a fairer valuation of the currency and reduce the risk for foreign investors, many of whom are unwilling to invest until devaluation occurs. It also would make it possible to redeem Birr for US dollars to repatriate dividends and capital stakes to foreign companies. This is also attractive to foreign bond investors, whose real interest rate will go up, and would improve Ethiopia’s current account deficit by reducing import demand dramatically. However, any devaluation on the floating market would come with even higher inflation rates that would need to be managed carefully. Reducing fiscal spending, which runs at a deficit of 3% of GDP including grants[xxvi], and raising interest rates would help to manage a devaluation’s inflationary effects but these actions may also have a contractionary effect on the economy. Managing the float in increments could be a way to smoothly introduce more exchange rate flexibility and allow for the government improve their fiscal position before a full devaluation.

Morocco’s move to a more flexible exchange rate may be a model for Ethiopia to watch. Designed to help the country weather shocks and to support exports, Morocco’s new system will allow for greater intra-day trade variation (2.5% compared to 0.3% previously) and will adjust the weightings for its basket of currency pegs to be less biased towards the Euro[xxvii]. While a transition to floating rates is a long way off, this is a start at liberalising the currency.

Figure 4: Government budget as a percentage of GDP by year[xxviii] 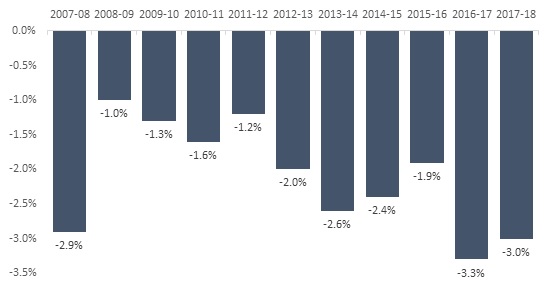 Capitalising on Mr. Abiy’s fresh new leadership approach should entail bold moves to reform the currency, even if it starts with small steps like an increased trading band around the pegged exchange rate value. The potential inflationary effects of this change could be managed with fiscal spending cuts that would also have a side effect of improving the trade balance, and by bolstering reserves with revenue from planned state asset privatisation. Concurrent reform efforts to make it more attractive to invest in Ethiopia are also needed so that the domestic and foreign investment climate can improve, such as a reduction in capital controls and continued improvement on the ease of doing business and investment facilitation. Without these changes, Ethiopia may miss the opportunity to grow alongside its more prosperous neighbours in Kenya and Tanzania and live up to its reputation as the engine of growth in the Horn of Africa.

[xxii] National Bank of Ethiopia, ‘Directives No. FXD/48/2017 Directive for Amendment of Retention and Utilization of Export Earnings and Inward Remittances’ (Government of Ethiopia, 2017) <https://www.nbe.gov.et/pdf/directives/forex/Retention%20Directives.pdf>.

[xxiv] National Bank of Ethiopia, ‘Directives No. FXD/48/2017 Directive for Amendment of Retention and Utilization of Export Earnings and Inward Remittances’.