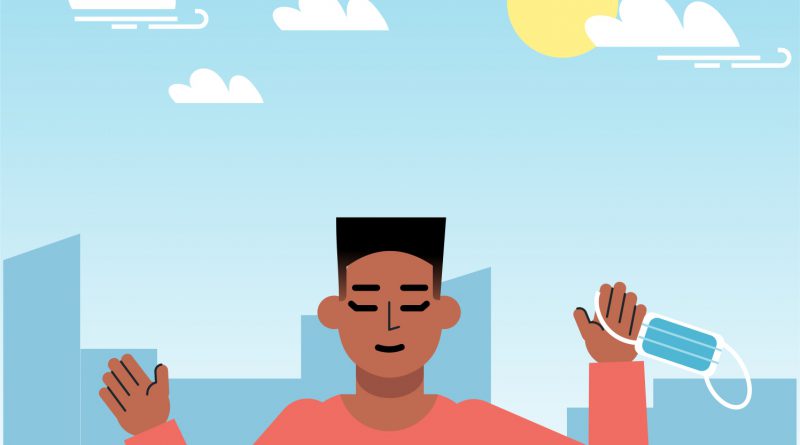 Collateral Benefits Perspectives
April 17, 2022April 17, 2022 Africa, Berlin Conference, Covid-19, Kenya, Masks
Ciku Kimeria
Ciku Kimeria (Kenya) is an author, an explorer, a communication consultant, freelance journalist and travel writer. She has traveled to 55 countries, 22 of them in Africa. She is currently working on her second novel.

After the masks, who will we be? What version of Africa will we find ourselves in? After the memes and shared videos – some funny, some heartwarmingly showing Africans extending generosity to each other in these trying times and others a testament to the can do attitude on the continent. The scientists in Dakar innovating for the continent and beyond, businesspeople in Kenya reworking their models around social distancing, the growth of apps in Cameroon, Nigeria, Rwanda, providing services to help citizens adjust to the new normal.

After the masks, will we remember that even though this disease did not originate on the continent, a faction of society in China chose to dehumanize our fellow Africans? Will we think of all the injustices Africans everywhere face on the bottom rung of societies? Will we look inside and remember that we, as the home of humanity, need to do better – for everyone, but especially for Africans. Will we think of the times we have done better? My Senegalese friend says, “Even at the height of Ebola, the hundreds of thousands of Guineans in Senegal were not treated any differently? Will we remember that even despite the prevailing global narrative, Africa hosts 37% of the world’s refugees – offering solace to many within our own borders? After the masks, will we remember that we are stronger as a unit than as individual nation states scrambling to sign unequal treaties with foreign powers – a rush to the bottom? Will we embrace the ways that Africa can better work for Africans?

After the masks – will we remember our collective humanity? Will we think of an Africa that existed before the 1884 Berlin Conference and the scramble for Africa? An Africa that our ancestors could roam freely around. An Africa that would look at confused by the plight of the hundreds of thousands of Nubians and ethnic Somalis in Kenya, fighting for the right to citizenship in a country they have called home for more than a century. What would our ancestors think of the fact that it’s cheaper for us to fly – even get fruits and vegetables from – Paris to Dakar, than it is from Nairobi to Dakar? Would they understand concepts such as Ivoirité, xenophobia and the countless other ways we other each other as Africans? What would they think of the people dying crossing the Mediterranean, bodies swelling in the ocean, brothers and sisters seeking better pastures, leaving behind a continent of 54 nations that they feel has offered them minimal life opportunities?

After the masks, will we extend the same Teranga (hospitality) to other Africans as we do to foreigners or will we go back to our colonial mentalities of viewing other Africans as in need, coming to take our jobs, different, not like us. Or will we, similar to Mohamed, my couchsurfing host in Bobo-Dioulasso open our hearts to other Africans as he did when he said, “I have hosted over 800 people and you are the first African I have met, coming here as a tourist. I am honored and have read so much about your country and want to hear about it from you.” Will we, like almost every Somalilander I met in Hargeisa say, “Sister, thank you for visiting my country.” Will we, as Africans, see the value to be found in tapping into this continent of 1.2 billion people, a GDP of $2.5 trillion and the world’s youngest population?

This perspective was originally published in Collateral Benefits, and is republished here with permission.