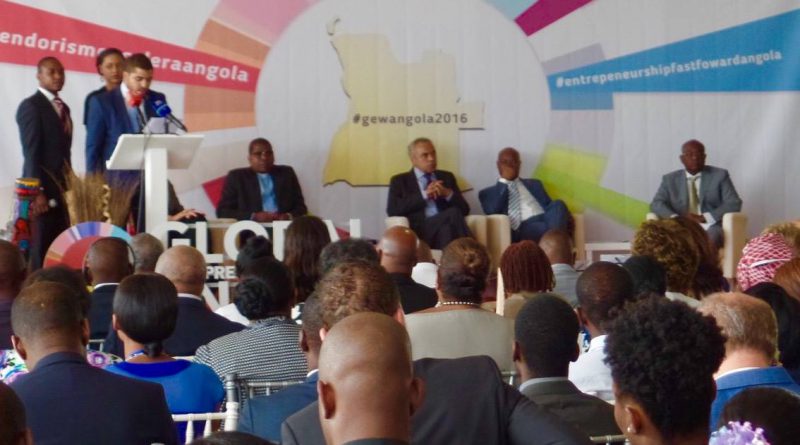 This post was written by Teodoro de Jesus Xavier Poulson. ♦

Innovation is now at the epicentre of Angola’s drive towards economic diversification. Innovators build business from the ground-up; creating new job opportunities and contributing to a diverse, healthy supply chain. It’s a model that made America the world’s biggest economy and has sustained the developed economies through good times and bad.

Indicative of how important innovation now is to the Angolan economy, is the arrival of the Global Entrepreneurship Week (GEW), which took place on the 14th of November 2016 in Luanda. GEW is one of the world’s most important celebrations of innovators and job creators. It is a major opportunity for start-ups to come together to network, share experience, meet investors and learn more about how to achieve success. Annual events such as GEW are becoming regular fixtures in Angola. In early 2015, the Angola Forum of Young Entrepreneurs (AJE) hosted a fair focused on entrepreneurship, providing a platform for young innovators to share ideas and gain the courage to create their own products and services.

It is especially important that jobs are being created through local innovation in Angola rather than being reliant on jobs from foreign companies. Through organizations such as FACRA, GEW and a raft of new incubators, young people in Africa can now bear witness to the reality that creative thinking and risk taking can reap rewards. The innovation eco-system is enriched by the number of diverse incubators and VC models that have appeared over recent years, providing entrepreneurs with a myriad of options. As far back as 2012, before the oil crisis began, Angola announced plans to invest $1.8 billion to support growing businesses and help innovators establish themselves as start-ups. In addition, the country’s sovereign wealth fund has launched a series of projects solely focused on encouraging enterprise in fast-growing industry sectors including agriculture, hospitality and technology.

Support for innovators cannot only come from within – so organizations such as FACRA and events such as GEW recognize that the private sector – including companies from abroad – have a role to play. Fast-growing industries provide investors with opportunities, boosting inward investment. Foreign capital and expertise are not to be shunned at this moment, even though we recognize that a sustainable economy can only come from Angolan innovations and a strong domestic market. Investors from overseas can help small growing businesses to train employees or implement best practice in areas such as governance or health and safety – as well as drive fiscal growth.

Like many African countries, Angolan innovators come from a point of local understanding, social empathy and a desire to become successful by creating something that makes a positive and meaningful social impact. This may be what makes young people in Africa so entrepreneurially driven – they can see the results not just on a spreadsheet but in their communities. All of us with an interest in sustainable socio-economic growth should remember that providing support for African innovators is important not only because we have a duty to support our young people but because it is African thinking that is best placed to find the solutions to African challenges.

We all need to play our part in delivering for this generation. We need to provide financial and practical assistance in a creative and economically viable way. One of many new choices on the menu for innovators who have already established small innovation-led companies is Angola’s state-backed venture capital fund, Fundo Activo de Capital de Risco Angolano (FACRA), which is a public fund created by the government of Angola aiming to drive the growth of micro, small and medium enterprises in a sustainable way thus allowing the creation of qualified jobs, reduction of imports and deliverance of better quality of goods and services throughout the country.

Apart from providing capital to companies where it invests in, FACRA also provides direct guidance to companies by encouraging them to adopt best corporate management practices and help them to establish partnerships with foreign companies, with the ultimate goal of boosting exports of local goods.

We must do all that we can to support our best and brightest so that they in turn can help to transform the lives of Angolans and Africans in general.