Home > General News > APJ pays tribute to the passing of Professor Ebere Onwudiwe, the esteemed scholar, diplomat, and father of one of our own – former Editor-in-Chief (2017-18), Memme Onwudiwe. 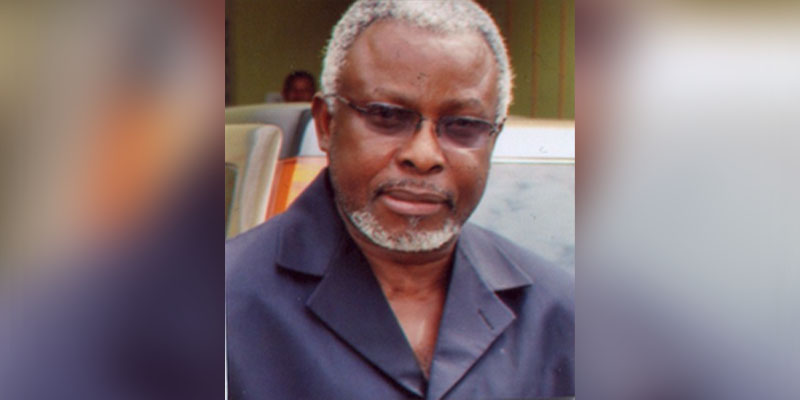 When we lose people, we may not fully grasp all that is lost in their wake. No one person can. For he who has passed was many things to many people – an amalgam of memories, honorifics, quips and vulnerable moments, troughs and crests, cherished relationships and much more.   So, too, was it for Professor Ebere Onwudiwe, who tragically passed away earlier this year. Were the task to define such a man in a single word, it would be one launched in futility. We at the Africa Policy Journal memorialize the life of Professor Onwudiwe through the prism of the many hats that he wore.

Professor Onwudiwe was a thinker – and a prolific one at that. A professor of political science at the Central State University in Ohio, he worked on several books on African development and democracy, and contributed to various international publications, including The New York Times, The Christian Science Monitor, Premium Times and The Guardian (Nigeria). In one of his most salient publications, Afro-Optimism: Perspectives on Africa’s Advances, he challenged Western pessimism toward the prospects of African development. His authoritative knowledge on development and democracy in Nigeria and Africa commanded respect, as evidenced by, among other things, his service as a governance consultant for the United Nations Economic Commission for Africa in Addis Ababa, Ethiopia.

Professor Onwudiwe was a patriot.  He was fiercely dedicated to the political and economic advancement of Nigerians and, more broadly, the peoples of the African continent.  So true was this calling that he relocated to Nigeria after some time in the United States in pursuit of national service to his homeland. Among his many roles, Professor Onwudiwe served in national committees of the Federal Government of Nigeria and the Government of the Federal Capital Territory, and he was also a consultant to the federally-constituted Technical Committee on the Niger Delta.  His commitment to his country did not go unnoticed. In the month just before his passing, his hometown of Isu-Njaba awarded him the title of Chief, a distinct honor.

Professor Onwudiwe was a dynamic man who loved and was loved.  In his passing, friends and colleagues have warmly shared stories of the wit, charm and grace he radiated in life. He was a father to three children: Chinwe, ObiAwo and, of course, Memme, the former Co-Editor in Chief of this Journal.  Professor Onwudiwe’s love of country and continent naturally flowed to his only son.  While studying at the Law School, Memme pioneered an internship program with the Nigerian Office for Trade Negotiations, presided as President of the Harvard African Law Association, and served at the helm of this Journal. In his family, in his son, Professor Onwudiwe’s hats find a snug fit.

It is a stinging blow, his passing. But the noble character of a man washes onto others like a river into its tributaries. All who knew Professor Onwudiwe were made a bit wiser, a bit more optimistic, a bit more compassionate, a bit more curious because of him. His life, as his memory, is a blessing.