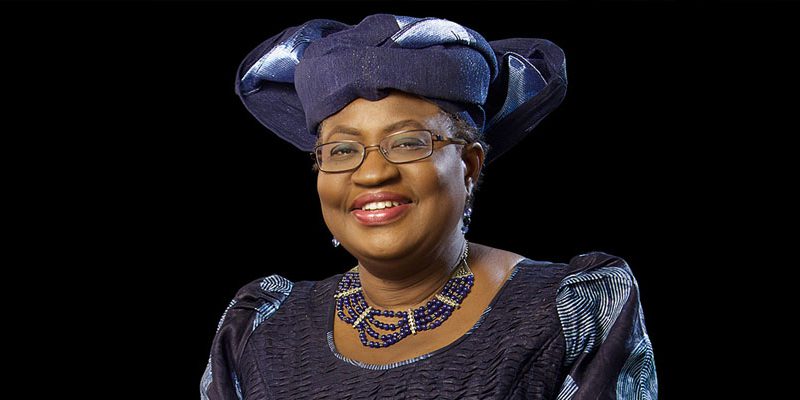 After 73 years, the World Trade Organisation (WTO) has elected its first woman and African to lead the organisation as Director-General. This is not only a win for women or for Africa, but it is a win for a world desperately in need of problem solvers.

According to Dr Ngozi Okonjo-Iweala “I believe that when you find problems, you should also find solutions’’. This is relevant as she assumes this position at a critical time when global trade could be the difference between a Country’s economic survival, or the choice of a crippling recession caused by the COVID-19 pandemic. In a Twitter post confirming her appointment, she said “ready to tackle the challenges of WTO. Forget business as usual!”.

Dr. Okonjo-Iweala is a solution provider with a track record of taking on difficult problems and tackling them. She is a global citizen but also a big believer in Africa’s potential. She made it clear during her campaign that she wants to “figure out how to get women and youth, who are behind these engines of growth in Africa, to benefit more from world trade“. This points to her focus on ‘redistributive policies’ that will address inequality and promote inclusion in the global trade arena.

As she will undoubtedly work hard with her team to close the inequality gap in global trade, her appointment has closed a small gap in gender inequality and women’s leadership.  As black women, this appointment is personal. In the same year that Kamala Harris became the first woman, first black, first African American and Asian American to be elected as Vice President of the United States; Dr. Okonjo-Iweala is also the first woman and African to lead the WTO.

These women represent possibilities, and no one is disputing that they have the capacity to lead because they have a track record that is visible to all.  Dr. Okonjo-Iweala, in fact, has one of the most impressive resumes of any WTO director general to date.  She holds an A.B. magna cum laude degree from Harvard University, a Master’s and Ph.D. from Massachusetts Institute of Technology and has received numerous honorary doctorates and award from schools including Yale and Brown University.  She previously served as Nigeria’s Finance Minister for two terms.  Prior to which, she held key positions within the World Bank, including the role of Managing Director.  She has also been recognized by Forbes magazine as one of the 100 most powerful women in the world for five consecutive years.

Dr. Okonjo-Iweala “has a director-general’s dream resume.” says former Assistant Secretary of State Jendayi Frazier and former U.S. Trade Representative Rose Whitaker, two other female political powerhouses, who wrote an US News commentary in support of Dr. Okonjo-Iweala’s candidacy. “Not the least of her qualifications is having more trade experience than many of the previous U.S. trade representatives – combined”, they add.

Beyond her qualifications, Dr. Okonjo-Iweala believes deeply in finding multilateral solutions to shared global problems in relation to trade, job-creation, and health, especially as it relates to treatment of the Covid-19 pandemic.  In her keynote address to the 2020 graduating class of Harvard Kennedy School, she reminds us, “In an era when multilateralism has been under attack and leaders have retreated behind nationalist lines, spurred on by populist sentiments, this virus has humbled us. It has shown that regardless of nationality, gender, race, color, religion, income level, or sexual orientation, we are all susceptible because we are all human. It has shown that, like so many of the world’s problems, no one country can solve this alone.”

This is the beauty of diversity.  When we realize the interconnectedness of our problems as individuals and nations, we recognise not only what we were missing but most importantly, we find out what we can gain.

On March 1, 2021, when Dr. Okonjo-Iweala’s begins her tenure as WTO’s Director-General, a global community stands behind her as she joins the ranks of a new generation of women leaders in international finance.  Her contemporaries include Janet Yellen, the first female U.S. Secretary of the Treasury, Chrystia Freedman, the first female Canadian Minister of Finance and Christine Lagarde, the first female finance minister of a G8 economy and now the President of the European Central Bank.

We are all tired of the firsts and wish this would be normalised already but until that happens, we are here to celebrate.  And we remain inspired that maybe, just maybe, all our dreams for women, especially women of color, to have more representation in the highest levels of power and decision making is not just a wish but is becoming a reality right before our eyes.