Home > Blog > Economic Integration Should Remain A Goal For Africa: Lessons From The (Dis)Integrating EU 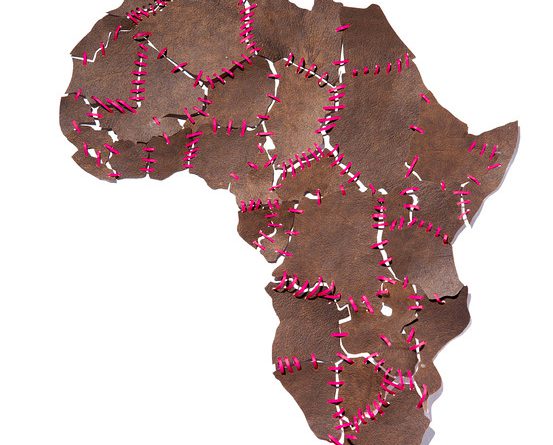 Before the balkanization of the African continent into arbitrary pieces, it was one vast space made up of different cultures and identities. The Berlin Conference of 1884 – 1885 resulted in random demarcations being drawn across the continent to appease the European countries’ colonial interests. The arbitrary lines of yesteryears currently serve as the borders that divide African countries. Today integration across the entire African continent, despite being ambitious, is a developmental priority – as integration is seen as the impetus to unleashing the growth potential of the continent. The regional integration project, removing visa requirements and having more open immigration policies for other Africans, has been dubbed as the way in which to foster more openness, boost intra-African tourism and trade relations. The African Economic Community, established by the Abuja Treaty in 1991, has created a structure to integrate Africa’s regional economic communities. The African integrationist project along with its supporters have been looking towards successful elements of the European Union (EU) as a model; however, since the Brexit vote and the reverberations it has had across the entire global political economy – it is ironic that what Africa is looking to achieve  is disintegrating in another context. Therefore, the question that comes to the fore is whether the African integrationist project is destined to fail before it has even commenced?

On Thursday 23 June 2016, a referendum was held to decide whether the United Kingdom (UK) would leave or remain in the EU, the leave vote won 52% to 48%. Brexit’s major talking points have included: re-gaining complete sovereignty and control over immigration and the UK’s borders (and viz-a-viz access to public services, such as healthcare and education). However, these concerns are more about misplaced fears. First, political unity and government collaboration are not about losing sovereignty; but rather leveraging each country in the union into a bigger and powerful whole on the international stage. Secondly, concerns over immigration do not simply go away after closing a nation’s borders, as these concerns are not exclusive to nations within a union. For example, immigration concerns continue to dominate the campaign rhetoric in the United States.

Notwithstanding what the Brexit represents as well as the arguments advanced by the “leave” campaigners and supporters, it is fundamental to take note that the political economy has become so globalized that in our intricately connected village, no country can go about it alone, whether a super-power nation or a former empire. Sovereignty versus supra-sovereignty as well as nationalistic sentiments have been the driving arguments surrounding the Brexit campaign; whereas pure and rational economic arguments were not persuasive enough for the majority of the British electorate.

Regional integration stands for principles of multilateralism, interdependence and cooperation which ultimately form the basis for globalization. It is therefore imperative that the African continent revisits some of the benefits that arise from inclusivity, collectivity and, ultimately, integration. These benefits include:

Opening Africa to itself, through deeper regional integration, has untapped economic benefits. The continent is highly fragmented, with regulatory hurdles as well as institutional inadequacies which raise transaction costs when trading and conducting business within Africa. However, despite the prospective benefits, there are still great strides needed to make integration a positive reality. Africa, in particular, requires strong institutional development across the region to better manage the responsibilities of an open Africa. The free movement of people, services, goods, and capital requires the harmonization of laws and regulations in the region, accompanied with institutions which have the capacity to facilitate regulatory reforms.

Africa has not been immune to xenophobic and nationalistic tendencies (over immigration issues). For example, South Africa and Zambia both witnessed brutal xenophobic attacks in 2015 and in 2016, respectively. Therefore, whilst on the quest to achieving an integrated Africa, it is imperative to revisit the benefits of integration – notwithstanding the Brexit – as well as refuse to give in to alienation, nationalism and xenophobia by addressing fears associated with stereotypes instead of reality. The lessons the African continent can learn from the EU  are to have the correct political leadership and to sensitize the citizenry on the benefits of inclusivity and openness. It is also imperative that the political leadership ensures that effective immigration policies and structures are put into place (with a feedback reporting system) to ease the fears of the populace and to ensure that antagonistic interests do not feed into the misinformation of the people.

The European integrationist project is hanging on the verge of the precipice with questions about whether other EU countries will follow the Brexit route. However, with respect to the pan-African integrationist agenda, it is safe to say that there are lessons that continue to be learned about pursuing our collective growth and prosperity. The nations that used the African continent as a drawing board in the 19th century are the same ones grappling with their integrationist and economic destinies. Despite what the future holds for the EU, African countries should still forge ahead to see efficient and practical ways to prosper collectively as an integrated Africa.