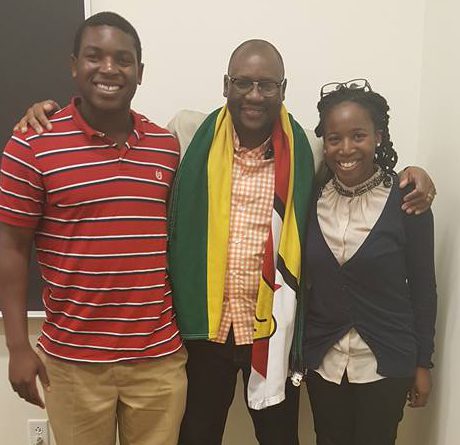 Last year we interviewed Evan Mawarire, leader of the anti Mugabe ‘this flag’ movement in Zimbabwe who was been harassed and detained by the regime. We are reposting his interview in light of recent developments in the country and he wrote us a new comment reflecting on yesterday’s events.

His comments are below

“The recent events in Zimbabwe are both a glimmer of hope but also a sharp knife edge that could deal a fatal blow to an already wounded citizenry. We watch with anticipation hoping that the military will dispense themselves with honor and love for our people. At this point it is still unclear what the situation is. All we know is that men and women whom we never thought would be brought to justice for their crimes against us are now facing the long arm of the law. Whilst we know that the military has moved in primarily for their own interests, we see also an opportunity to possibly reset our nation. Our young people are excited at the prospect of finally living in a Zimbabwe that will allow them to accomplish their dreams. With much expectation we are holding our military to our constitution which must not be violated further. We are asking that no citizens be hurt and that our nation does not slide into an internal armed conflict. We have lost enough as it is and now we must save the little we have so we can build what we’ve never had.”