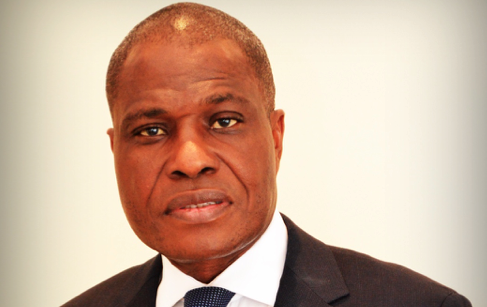 The Democratic Republic of Congo (DRC) appears on the brink of another major crisis, just as the country begins to recover from successive decades of war.

Presidential elections scheduled for November 2016 look increasingly likely to be postponed by the Congolese government and tensions are fast on the rise.

The authorities have cracked down on Congo’s civil society leaders, journalists, political opposition figures and academic researchers. Waves of protest and strikes have hit the DRC in recent months, with more likely to follow in the near future.

Declining security in the DRC may also have destabilizing effects in the wider region: the country shares a border with nine other African nations including Burundi, the Central African Republic, Rwanda, South Sudan and Uganda.

I traveled to Congo in April to get an update on the situation, with fears mounting that President Joseph Kabila will seek to extend his stay in the Palais de la Nation beyond the two term limit imposed by the constitution.

During my stay in Kinshasa, the DRC’s capital city, I sat down for an exclusive interview with a recently-arrested opposition leader and member of parliament, Mr. Martin Fayulu. His detention sparked the attention of the world’s media and widespread condemnation from the international community.

Here, Fayulu describes his concerns about the deteriorating political, human rights and security climate in Congo.

TOB: Mr. Fayulu, how is the current political and electoral situation in the DRC?
MF: Every single Congolese person is waiting anxiously for the elections, in particular for the presidential elections. People are looking forward to the first ever peaceful transfer of power in our history. The 70th article of our constitution limits our presidents to two five-year terms. Unfortunately, our current President Mr. Joseph Kabila is doing everything he can to derail the electoral process in order to remain in power beyond November [when his mandate will expire.]

TOB: Do you think that elections will take place this November? Many people seem to think that it is now logistically impossible.
MF: Yes. We remain convinced that elections can still be organized this year, although it will depend on the political will of the National Elections Commission (CENI) and the government. The CENI is now seeking to update the electoral roll, which should take two months. If we started this process in May, we’d have an updated electoral roll by June or July at the latest. This would put us on the right path to holding presidential elections in November, as our constitution requires. UN Security Council Resolution 2277 passed earlier this month recognizes this imperative.

TOB: Do you think the DRC truly a democracy? What are the biggest challenges to democracy in Congo today?
MF: No, the DRC is not a democracy. It is a military regime controlled by President Kabila, who has used fraudulent elections to buy a semblance of legitimacy. The biggest challenges standing in the way of democracy in Congo are: (1) lack of respect for our constitution; (2) the threat that elections won’t happen, will be neither free nor fair; and (3) threats to the neutrality of our justice system.

TOB: How do you think the current political situation will affect the Congo’s economy?
MF: The current political situation is already negatively impacting the economy. It is extremely difficult to benefit from foreign direct investment (FDI) flows while there’s no long-term political stability. This situation will persist. Also, our economy is threatened by cronyism and corruption: Congo receives poor results on almost all “ease of doing business” indicators. Only predators can survive in this business and political climate.

TOB: And in that climate, what role can the opposition play in democratic consolidation in DRC?
MF: The opposition in Congo can help to ensure that the constitution is respected and that free and fair elections are organized. We can help educate and mobilize the population to support those goals, and to put pressure on the government to respond to their demands. We’re in desperate need of democracy, not dictatorship.

TOB: You were arrested earlier this year. Why? What happened?
MF: I was arrested on Sunday 14th February. I was at the party headquarters along with two fellow members. We were getting ready to head over to Masina, a popular commune in the east of Kinshasa, to encourage people to strike on February 16th.
At around 2:45pm, I headed out to my car to grab some paperwork. A group of seven men – four in soldiers’ uniforms and three in plainclothes – surrounded me. They started questioning me, asking about “a fight at our headquarters.” I told them that there had been no such “fight” in the office, and they could leave.
They didn’t listen, and starting verbally assaulting me and brutalizing me. They pushed me into their SUV and drove me to the Military Intelligence Unit.
Once we got there, they confiscated my belongings: my cellphone, my money and my car. They connected my phone to their computer and downloaded all my private data and address book. They called in a military general and a police officer, who proceeded to interrogate me. I refused: I’m an elected member of parliament with parliamentary immunity.
I was held for six hours at the Military Intelligence Unit and was released around 9:30pm, after a truly extraordinary effort from my fellow Congolese, the diaspora, the diplomatic corps in DRC and international organizations. Curiously, the Speaker of the House has stayed quiet on this topic.
Even today, they still haven’t returned my belongings to me. I decided to press charges and the case is now pending.

TOB: What role, If any, can the international community play in supporting Congolese democracy?
MF: The international community must ensure that UN Security Council Resolution 2277 is urgently implemented, as soon as possible. The resolution specifically requests that both presidential and legislative elections be held in accordance with the timeline required by the DRC’s constitution.
International actors can play an important role in helping the CENI to prepare for and organize the elections. It can provide financial, logistical and human resources support.
The international community can also help to ensure the protection of opposition politicians, journalists, civil society leaders and human rights activists are protected. They should weigh in and advocate for the liberation of all political prisoners in Congo.

Tom O’Bryan is a U.K. Kennedy Scholar at Harvard University’s Kennedy School of Government and a Researcher at the Carr Center for Human Rights Policy, analyzing stabilization strategy and conflict zone transformation. He is also the co-author of Narrating the Arab Spring.