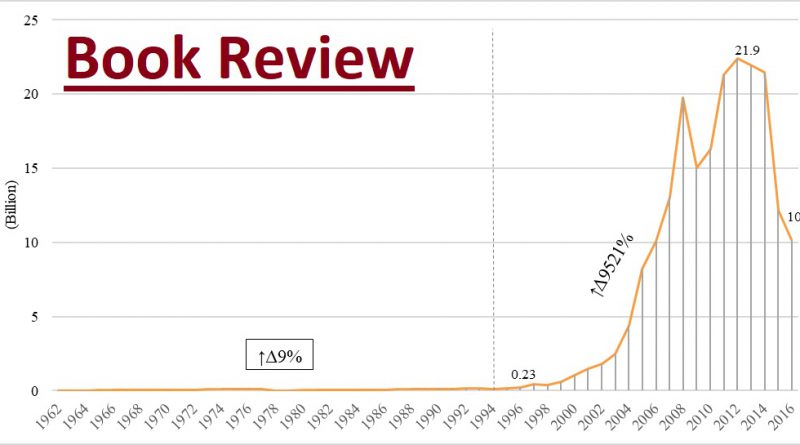 Abstract: In this exciting reflection, Arthur A. Catraio, Researcher at the Brazilian School of Public Administration, makes the case for a more nuanced narrative around African growth prospects. He uses recent trends to highlight the analytical limitations of Dani Rodrik’s Growth Strategies (2003) concerning sub-Saharan African countries. He finds that countries like Botswana and Mauritius have realized sustained growth that breaks the SSA narrative.

In Growth Strategies (2003), Dani Rodrik sets the target of overviewing more than 40 years of economic growth evidence across 84 different countries during the period of 1960-2000. His fundamental question about what do we learn about growth strategies from this rich and diverse experience can be summarized as: why do some countries achieve sustained growth while others do not? In his argument, the contemporary economic theory has become unable to explain much of the variance in worldwide growth experiences during the twentieth century.

The neoclassical economic theory, after the Second World War, has been promoted by the western capitalist countries occasionally as the best, and occasionally as the unique solution to development and economic growth. Considering this background, Rodrik develops a scientific method based on hypotheses tests that can be used to verify if neoclassical theoretical requisites can be supported with empirical data. By listing the neoclassical recipe for growth, crystallized in the original Washington Consensus, he defines the necessary (and potentially sufficient) conditions of economic development that should be empirically tested. The following is a thought experiment proposed to test such conditions:

“Imagine that we gave [the Washington Consensus list of prerequisites for Growth] to an intelligent Martian and asked him to match the growth record [of different world regions] with the expectations that the list generates. How successful would he be in identifying which of the regions adopted standard policy agenda and which did not?” (Rodrik 2003, 4-5).

This experiment can also be expressed in modal logic notation, where A takes the meaning of Neoclassical Reforms, B takes the meaning of Growth, “→” represents a consequential inference, and “⌐” is used as a negative function symbol. Thereby, the assumptions that Growth is related to Neoclassical Reforms, and Absence of Neoclassical Reforms is related to Absence of Growth can be written as: If A → B, and if ⌐A → ⌐B. What the Martian thought experiment reveals is that for some cases, we verify that relationships as ⌐A→ B, and A→ ⌐B exist. While China would be characterized by a ⌐A→ B structure, Latin America could be recognized as a A→ ⌐B type of relation.

The Martian thought experiment, and the consequent substantial critiques addressed to the unproblematized assumption of neoclassical reforms as a prerequisite for growth is a major contribution provided by Rodrik. With his empirical study, he demonstrates that successful growth strategies across world regions are rather diverse. However, the focus of his argument is mainly based on comparisons between Asian countries, western countries, and Latin America. Only a few remarks are made concerning the African continent. Particularly, the conclusions drawn regarding sub-Saharan Africa are based in a small sample of 19 countries. In effect, this is a substantial limitation since Rodrik’s study was published at the beginning of the century (2003), and during the last two decades (2000-2017) sub-Saharan Africa has presented a higher average growth rate than both the world average and OECD countries. In this review, I intend to address this poor generalization of sub-Saharan Africa’s growth experiences. My strategy will consist of highlighting some relevant aspects of sub-Saharan African countries, and problematize some of Rodrik’s propositions.

An important distinction highlighted by Rodrik is defined by the terms growth ignition, and growth sustainability (Rodrik 2003, 14-15). According to him, evidence of economic growth indicates that it is generally easier to kick-start growth than to maintain sustainable growth levels over time. Among sub-Saharan African countries, this pattern seems to be a common threat for regional sustained development. An evidence of such a phenomenon derives from the fact that the highest average of GDP per capita growth rate for the entire period of 1961-2016 is attributed to Equatorial Guinea (Figure 3), a country that in 32 years (1962-1994) achieved an unenviable GDP growth of 9% (Figure 1). Moreover, Equatorial Guinea presented a yearly average of 10% GDP per capita growth rate during 1961-2016. This was only possible given its outstanding post-1994 growth rate due to oil discovery in 1995, leading the country to a GDP growth rate variation of more than 9500% between 1995-2013. 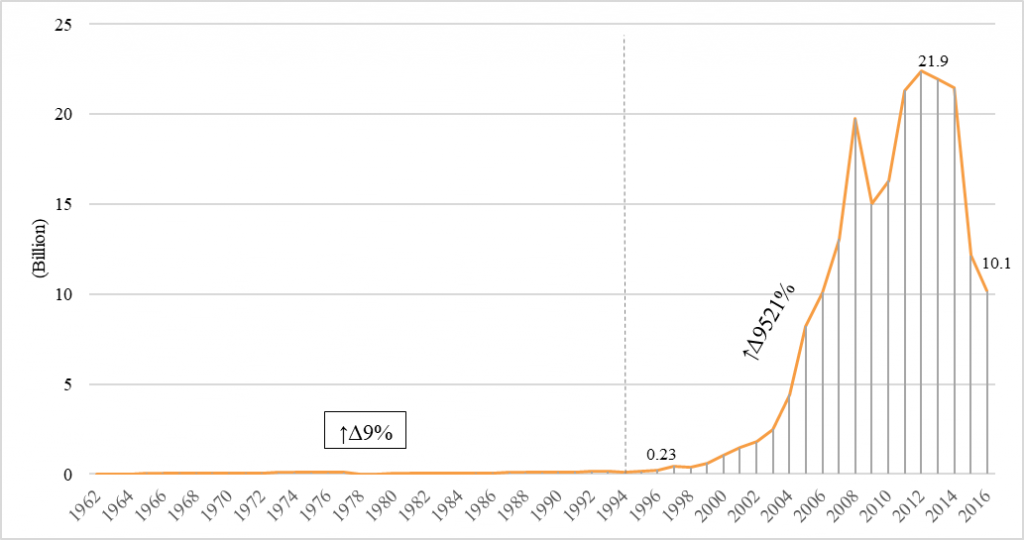 In this context, oil discovery has been used as a local economic innovation that ignited growth in Equatorial Guinea. As we see in Figure 1, however, after a decade of exponential growth (1996-2013) the country faced an unprecedented economic decline with the loss of more than 50% of its national GDP. The tragedy of Equatorial Guinea recent growth experience is to a certain degree covered by the resource curse literature, but its ultimate failure in sustaining national growth is certainly due to institutional failure, and fragile market structures. In a certain sense, the future of economic growth in Equatorial Guinea is to be written by the institutional arrangements to come. 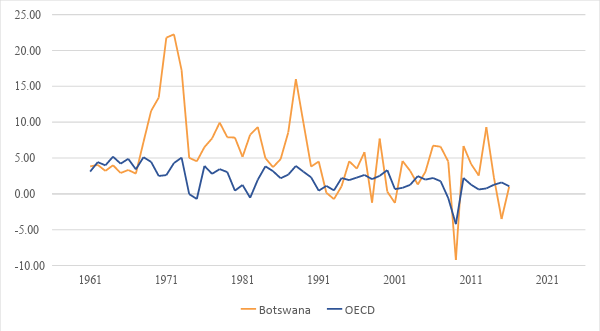 Compared to OECD countries, Botswana appears to be a case of successful institutional building strategy for growth. Notably, it is relevant to consider that Botswana not only stands out as an opposite case to the Equatorial Guinea experience, but Botswana also stands out for being one of the most transparent, and liberalized economies in sub-Saharan Africa. In a sense, Botswana’s adoption of liberal reforms matches the ideological template of the Washington Consensus.

Finally, the contrast of experiences represented by Equatorial Guinea and Botswana seems to suggest that, although the hard work needs to be done at home (Rodrik 2003, 18) with local institutional innovations, there is still plenty of room to learn from ignored experiences of neighboring countries. After all, neighbors can mutually help each other.

Arthur A. Catraio is a Ph.D. Candidate & Researcher at the Brazilian School of Public Administration (EBAPE/FGV). His research focuses on the political economy of human development in contemporary Sub-Saharan Africa.