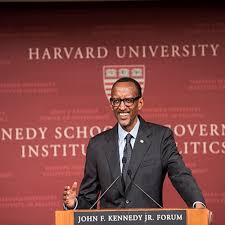 Rwandan President Paul Kagame addressed the John F. Kennedy Jr. Forum last month on a range of domestic and foreign policy issues affecting his country and neighboring African nations, from gender equality to economic infrastructure to running for a third term in office.