Home > Blog > How Technology Is Shaping Thought Leadership In Africa 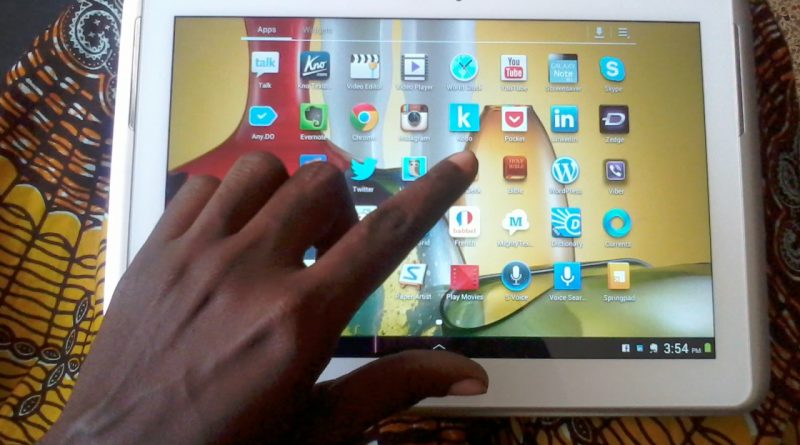 Leadership is replacing Africa rising as the new meme for Africa.  Fellowships, conferences and think tanks are all geared at building a new generation of African leaders armed with smartphones and tablets.   By simple definition, a leader directs or guides a group of people for a certain purpose. However, the contemporary leader is the thought leader; one who guides millions by words and ideas. Thought leaders are experts in their chosen field and inspire some sort of following as they possess depth of knowledge that no one else seems to have. They are usually well-known and respected individuals or organizations. Thought leadership is increasingly prioritized for organizations, because positioning a company (or its senior management) as a leader in its field, is now essential to not only attract exceptional talent but to win business and be viewed as the best.

Technology is advancing this new wave of leaders – by changing the way we process and consume information via multiple channels particularly social media – making it easier.

Twitter is becoming the most prominent playing field for thought leaders who are commonly referred to as influencers. In the midst of all the noise on the platform, social media influencers from Africa with the right voices are becoming mobile thought leaders on Twitter. With over 136,000 followers, Ory Okolloh Mwangi popularly known as Kenya Pundit is one of the active respected voices in technology; even recognized by Time Magazine as one of the Time 100 Leaders. In Nigeria, social media influencers are also often referred to as overlords;a tongue-in-cheek reference to the mass following and leadership status.  Two-time CNN Mutlichoice Africa Journalism Prize winner, Tolu Ogunlesi, is one of these voices. With over 141,000 followers, Nigerians check his timeline daily and rely on his informed opinion.  In Nigeria it is clear that social media influence cannot be ignored; President Buhari in his May 2015 inaugural speech proved this by acknowledging social media users in Nigeria and their role in the elections.

According to research from World Wide Worx ,Twitter saw a spike in South African users from 5 million in 2013 to over  6.5 million by 2014. This was attributed to the debates over the bail hearing of  Oscar Pistorius.  African correspondent for The Guardian UK; David Smith (with over  96,000 followers) was one of the most prominent voices who lead the conversations by providing updates on the trial.

Chief Executive Officers are also taking to social media to help position themselves as thought leaders–delivering their unique perspective through direct engagement with the public– making them more approachable.  They have become the ‘other’ voice of their organizations online, creating a niche amidst the cacophony of corporate voices.  With only 49 tweets since December 2013, Aliko Dangote, President and CEO of the Dangote Group has 141, 000 followers. On the other hand, Nigerian philanthropist, Tony Elumelu actively engages his 132,000 followers and has 4,000 tweets to date; positioning himself as a social media influencer. Elumelu can often be seen engaging with other influencers like Senegalese- American artist Akon who has over 5million followers and is also viewed to be very passionate about Africa with the various projects he invests in. The Tanzanian Minister of Communication, January Makamba engages in his local dialect and has an impressive following of over 217,000 for a public official.

Although Africans are proactive in maximizing the digital space, there are still some platforms that are not fully utilized. Professional networking site, Linkedin, has a dedicated list of about 500 thought leaders and influencers that users can follow to get insights and updates but surprisingly, only a few are African. This is a missed opportunity for African leaders to digitally connect to over 360 million professionals and include their ideas in the global economy that exists online.

Socrates, probably one of the earliest thought-leaders asks us to think for ourselves in order to find ourselves; which begs the question, are thought leaders necessary or are they a tool employed by communications experts to increase billings? Most I have spoken to, believe we need thought leaders to inspire us, we also want to know what they stand for in order to humanize them.  One recurring example is Steve Jobs – the late founder of Apple– because he was open about his journey to the top, making him transparent and in sharp contrast to his African counterparts who generally do not expand in depth on their success trajectory, leaving room for questions and an aspiration to the wealth without an appreciation of the journey.

Thought leadership using social media channels to reach new audiences is on the rise in Africa because of its immediacy and lack of red tape, which allows leaders to intrigue and challenge their stakeholders. A good example of this, is award winning Nigerian writer, Chimamanda Adichie’s  2009 TED Talk;‘ The danger of a single story’ which has over 8 million views online. Adichie’s speech on feminism delivered at thought leadership platform, TEDX Euston in London, inspired international recording artist Beyoncé to sample a portion of the talk on her 2013 album; reaching an even wider, mainstream audience.

More people should take advantage of driving thought leadership through these channels as they are more cost effective-saving the need to constantly attend or create events.  Platforms like YouTube or Twitter provide the opportunity to participate in national and international conversations, virtually. African organizations should not leave thought leadership to individuals to drive,  they  should become more involved by developing their own platforms, especially in the areas they are passionate about . Examples of these are the BlackBerry Academic program and the Diageo African Business Reporting Awards (DABRA). Over time, these initiatives have helped build social equity and in some cases, can result to a significant Return On Investment, with social media platforms making it easier for this to be achieved.

Thought leadership should be about ideas that change how people perceive the world but it can also be utilized for brand enhancement. Today’s leader is shaping perceptions one tweet, blog post and hit at a time.

Rimini is the Director for Communications at africapractice based in Lagos. Over the past 6 years she has been responsible for corporate communication and media relations in Nigeria and social media for the group. Rimini joined africapractice in 2009 from the Office of Legal Affairs at the International Criminal Police Organization (INTERPOL) Lyon, France where she was working as a lawyer. She has extensive communications experience gained working in the Nigerian broadcast industry and with Safilo SPA, UK. Listed by Forbes in 2014 as one of the 20 Youngest Power Women in Africa, she is also a Mara Mentor. Rimini is a qualified lawyer and a member of the Chartered Institute of Marketing, UK. Follow her on twitter  @RiminiMakama and @africapractice.