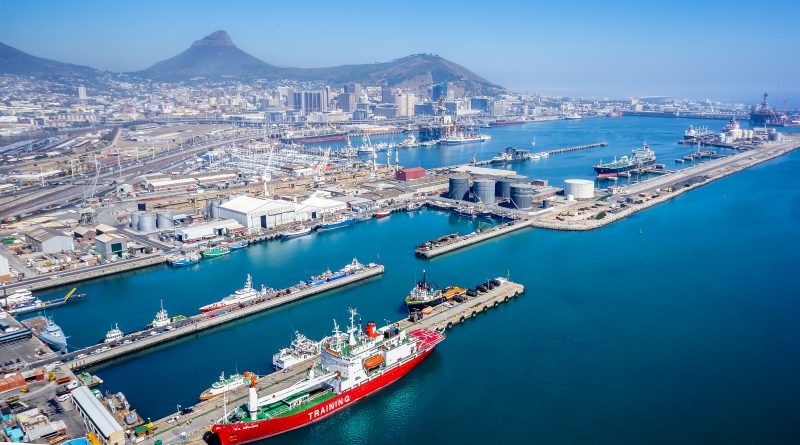 Africa suffers from a pronounced infrastructure deficit, particularly in energy and transportation. Coupled with burdensome trade regulations, these deficiencies have constrained gains in domestic productivity and present a critical bottleneck to more regional integration. African countries need to focus on constructing efficient and secure national and cross-border physical infrastructure as well as a coherent system of regulation for business transactions to achieve better interconnectivity.

According to the African Development Bank, African economies can deepen continental integration if infrastructure networks are designed to link production centers and distribution hubs across the continent similar to the model in developed economies. Such infrastructure connectivity will enable Africa to compete effectively, tap regional markets, and benefit from globalization through investment and trade.

A considerable investment in infrastructure that uses innovative sources of funding is needed to address Africa’s current low level of competitiveness. Indeed, the Programme for Infrastructure Development in Africa (PIDA) estimates that Africa will need to invest up to $93 billion annually until 2020 for both capital investment and maintenance. Given the substantial amounts involved, governments will need to be more innovative in the search for sustainable approaches to infrastructure development as well as financing. The private sector will also need to play an increasingly important role.

Governments will do well to create conditions where private-sector engagement is encouraged, especially through public-private partnerships (PPPs). Efficiency gains from performance improvements in infrastructure provision are themselves a significant source of finance and the development of infrastructure bonds as a financing vehicle will need to be encouraged. (Mayaki, 2012)

Infrastructure development is not only important at the cross-national level but also at the local level. Rural infrastructure—notably feeder roads and transmission lines that connect rural communities to national grids—enable individuals, households, communities, and small businesses to embark on income-generating activities due to improved access to electricity and links to markets. The use of renewable energy or environment-friendly sources of energy—including solar, wind, geothermal, and hydropower, all of which Africa is well endowed—would contribute to making growth sustainable. (Briceño-Garmendia and Domínguez-Torres, 2011)

Infrastructure, competitiveness, and the cost of doing business
A prerequisite for countries to link less-developed communities to markets in a sustainable way is well-developed energy, transportation, and communication infrastructure networks. Effective modes of transport—including quality roads, railroads, air transport, and ports—enable entrepreneurs to get their goods and services to markets in a secure and timely manner, facilitate the movement of workers to the workplace, and encourage foreign direct investment. Economies also depend on electricity supplies that are free from interruptions and shortages so that businesses and factories can work unimpeded. In addition, a solid and extensive telecommunication network allows for a rapid and free flow of information, which increases overall economic efficiency by ensuring that businesses can communicate and make timely decisions, taking into account all available relevant information. (Calderón, 2008).

Empirical research has shown that there is a positive relationship between infrastructure investment and economic growth. Several researchers demonstrate the benefits of infrastructure investments on growth in African economies. Better infrastructure can accelerate annual growth convergence rates by as much as 13% and increases per capita annual growth by almost 1%. (Mthuli Ncube May 2013) In fact, some of this work argues that the strongest impact comes from telecommunications, followed by roads and electricity. For example, XX (Mthuli Ncube May 2013 WEF) estimated that investing an additional 1% of gross domestic product (GDP) in transportation and communications on a sustained basis increases the GDP per capita growth rate by 0.6%.( (Easterly and Rebelo. 1993)

The energy sector
Infrastructure constraints, particularly in transport and energy, are a significant productivity handicap that undermines competitiveness. In East African countries, such as Kenya, infrastructure shortcomings—mainly in energy and transport—are estimated to account for about 30% of the productivity handicap faced by Kenyan firms, which are burdened with high costs as they attempt to provide the missing infrastructure or have to forego the activities that require infrastructure, Ncube and Ondiege, 2012 Dominguez-Torres and Foster, 2011). In Central African countries, such as Cameroon, infrastructure constraints account for about 42 percent of the productivity gap faced by firms. (Ncube and Ondiege, 2012; Dominguez-Torres and Foster, 2011)

The transportation sector
Reliable transport infrastructure, in all of its four subsectors—roads, railways, air transport, and ports—is an essential component of countries’ competitiveness. It is particularly crucial for landlocked countries to open up production zones. Reliable transport must be in place for companies to import and export goods, to fill orders, and to obtain supplies. For example, 78% of Burkina Faso’s trade is conducted through four main roads and rail corridors linking the country to the gateway ports in Benin, Côte d’Ivoire, Ghana, and Togo. Eighty percent of the economic activity in Senegal is concentrated in Dakar and in South and East Africa. As a result, port congestion and shipment delays undermine the ability to acquire imported production inputs, with resulting production losses and higher production costs. (Briceño-Garmendia and Domínguez-Torres, 2011)

Improvements in infrastructure therefore have the potential to open up production zones and facilitate product delivery while reducing costs. The lack of a good road network linking the Casamance region to the other economic zones is hampering the region’s enormous agricultural and horticultural production potential. Accordingly, Senegal has embarked on an ambitious program of infrastructure development to foster competitiveness. The program includes the current flagship road infrastructure project, which involves the construction of a 32-kilometer toll highway that will link Dakar to Diamnadio in the western part of the country. This road is part of the Dakar–Njaména–Djibouti corridor, and will serve the Blaise Diagne International Airport, currently under construction. (APIX, 2011) The challenges in building such a large road are varied and numerous.

The challenges are common to other large infrastructure projects across the world such as identifying the specifications process to be used, risk management, funding, securities to the funds, political will, and political instabilities.

The ICT sector
Development of an adequate-quality ICT infrastructure network will enhance productivity, reduce communication costs, and promote financial inclusion and regional integration. To this end, AfDB-supported projects such as the Eastern Africa Submarine System (EASSy) cable project (a submarine system of fiber-optic cables connecting Africa to the rest of the world) and the Central African Backbone Program (a system of fiber-optic cables linking African countries to each other) are meant to enhance quality and reduce communication prices in mobile backhaul and mobile telephony. Such projects facilitate regional integration and improve outreach to peri-urban and rural areas. An assessment of the impact of EASSy, for example, suggests a reduction of wholesale bandwidth prices by at least 60 percent in Tanzania and up to 90 percent in Kenya; an increase of 150 percent to 200 percent in international bandwidth utilization within less than six months of submarine cable availability in these countries, including penetration in rural and un-served areas; and high mobile phone penetration rates, which have also improved access to banking services for the unbanked, as evidenced by the deployment of the mobile payment system M-PESA in Kenya. The projects may also contribute to the use of ICT applications such as e- government, e-education, and e-health. (ITU, 2012)

The Way Forward
Although Africa has made some improvements in increasing its infrastructure stock in recent years, it remains underdeveloped relative to other emerging regions. We must address Africa’s infrastructure gap to further boost economic growth and foster integration, not only across the region, but also with the rest of the world. However, Africa needs colossal financial investments and support to close the region’s infrastructure gap and set itself on a par with the rest of the developing world.

Energy sector
Given its high unexploited potential in terms of wind, solar, and hydropower, Africa could easily satisfy its energy needs at a lower cost to the environment. Promoting green energy could leverage more funds from development partners and private players than investment in non-green energy. Furthermore, given the prevalence of non–cost reflective tariffs that undermine investments in several African countries, governments should commit to having cost-recovery tariffs that will, in turn, spur much-needed investment. A regional approach should be pursued, with urgent attention given to the development of regional energy infrastructure.

Transportation sector—Roads
Feeder roads are of great importance for poverty reduction, especially in rural areas. Together with the development of corridors, rural roads provide economic opportunities and access to markets. Accordingly, emphasis should be given to developing rural roads so as to enhance access, and also upgrading urban roads, with a focus on those with cross-border connections. Making provisions for adequate maintenance (both corrective and preventative) for roads is vital, as this ensures sustainability. In addition, it will be essential to address the overloading of vehicles by means that include harmonized legislation in the form of regional axle load control acts. Furthermore, to stem the incidence of road fatalities that result in sizeable losses to the economy, road safety programs need to be enhanced and adequately funded.

Transportation sector—Railroads
Outdated infrastructure and limited maintenance programs have resulted in a significant reduction in useable track and undermine the effectiveness of railways across Africa. Addressing these needs will both require further investments in the sector and ease pressure on African roads. A regional approach should be taken, with an emphasis on establishing uniform rail gauges to enable trains to cross country boundaries.

Transportation sector—Air transport
The importance of air transport, particularly for landlocked countries, cannot be overemphasized. It is imperative that countries enhance this sector’s development to improve connectivity and safety and to reduce costs in order to promote intra-African and global trade.

Transportation sector—Ports
Countries should put in place measures to address the serious port capacity problems that, coupled with an ineffective inland transport system, abound in Africa. They also need to deal with inefficiencies that slow processing times and result in higher charges than those of comparators. This calls for encouraging private involvement, which can also provide much-needed additional financing.

ICT sector
Although the ICT sector has made impressive gains, such as the now well-known M- PESA mobile money payment system in Kenya, overall, the potential of ICTs— for example, to support e-government—has not been fully exploited. The need for more investment in backbone (fiber optic) to improve connectivity across countries is urgent. Countries also need to put in place carefully planned maintenance measures to address the anticipated obsoleteness of ICT infrastructure and technology, because this is a fast-growing and evolving industry.

Bio: Kelly M. Kingsly Ph.D,MBA,ML,BA, is currently a midcareer student at the Harvard Kennedy School. He was recently appointed the Director of Finance Operations and Capital Markets at the Ministry of Finance in Cameroon. Before attending the Harvard Kennedy School, Kelly served as a strategic policy adviser at the Ministry of Finance in Cameroon. He has been a program management consultant at the African Development Bank, an assistant resident representative with the United Nations and an adjunct lecturer at the AGENLA Academy on Forensic Accounting.