Home > Interviews > Dr. Kavemuii Murangi on the Herero and Nama Genocide and the struggle for justice against the German Government 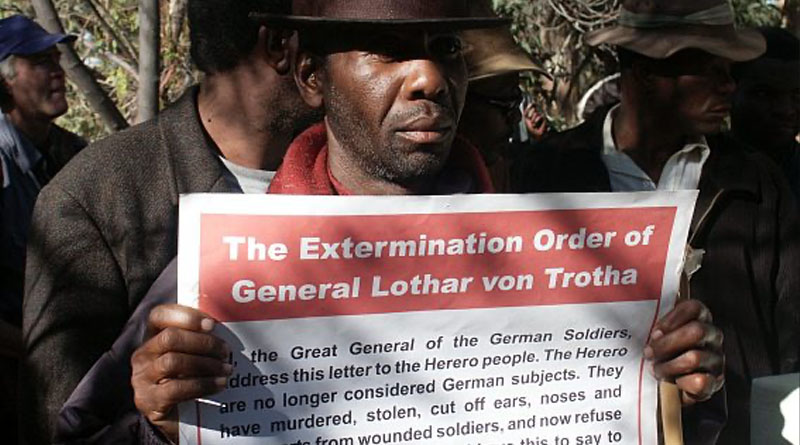 During a recent interview, Dr. Kavemui Murangi (OvaHerero, Mbanderu and Nama Genocides Institute) answered questions from APJ’s Leah Coates (interview editor), regarding the Nama and Herero genocide committed by German colonial troops. Between 1904 and 1908, German colonial troops massacred 80% of Hereros and 50% of Namas to seize their land, using anti-colonial revolts as a pretext.

Dr. Murangi provides background on the genocide. He then posits that the genocide was in many ways a precursor to the holocaust, and calls for greater awareness around this underemphasized episode of world history. Lastly, Dr. Murangi discusses ongoing legal efforts to secure restorative justice for descendants of the victims.