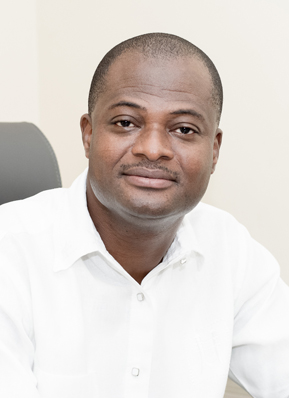 Raymond Akongburo Atuguba is an Associate Professor of Law at the University of Ghana School of Law and the current Henry J. Steiner Visiting Professor in Human Rights at Harvard Law School.

He served as the Executive Secretary and Principal Researcher to the Constitution Review Commission (2010-2012) set up to undertake a consultative review of Ghana’s 1992 constitution; and later as the Executive Secretary to the President of the Republic of Ghana (2013 to 2015). Professor Atuguba is also Co-Founder and former Executive Director of the non-profit institution, Legal Resources Centre, and the Founder and Team Leader of Law and Development Associates (LADA), a law and consultancy firm.

After his first law degree from the University of Ghana (1997) and his call to the Ghana Bar (1999), he received both his Master of Laws (LL.M) and Doctor of Juridical Sciences (SJD) Degrees from Harvard Law School in 2000 and 2004.

Listen to the interview here: