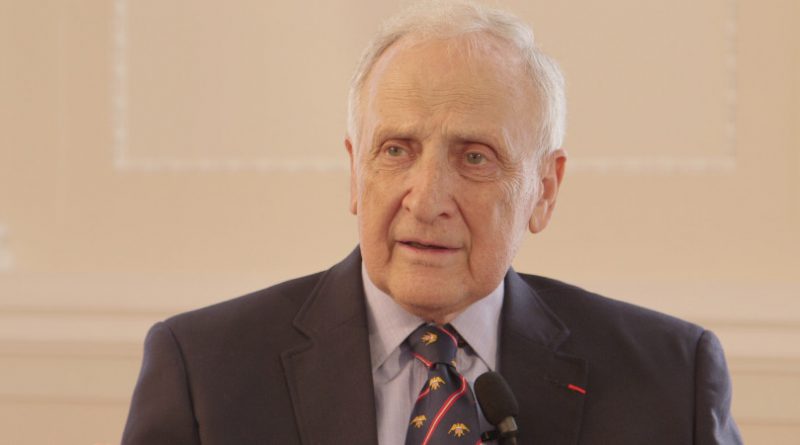 Earlier this month the Africa Policy Journal sat down with Herman J. Cohen, a former U.S. ambassador to several African countries, advisor to multiple U.S. Presidents, and a 38-year veteran of the U.S. Foreign Service. During his time in Africa, Cohen developed relationships with African leaders including South African President Nelson Mandela and Libyan leader Muammar Gaddafi. In his time as Assistant Secretary of State for African Affairs during the first President George Bush Administration, and through his role at the National Security Council under President Ronald Reagan, Cohen worked to bring about transitions of power in South Africa and Namibia, and to end long-standing conflicts in Angola, Ethiopia, and Mozambique. Currently, Cohen is the President and CEO of Cohen and Woods International and a consultant on Africa for Contour Global Electric Power. Though still keenly interested in the evolving African political climate, Cohen now focuses on bringing investment to Africa and strengthening U.S.-Africa trade relations.

Cohen discusses how U.S. policy towards Africa has changed and his upcoming book The Mind of the African Strongman. Below is an edited version of the conversation.

Q: What really interested you in Africa?
Cohen: I was a junior diplomat just getting involved in the late 1950s and it was just the time that a lot of African countries were becoming independent, mainly those colonized by the French and the British. So there I was in the State Department and told that I should specialize in something as the world grew increasingly complex. So I saw that all these countries were becoming independent and thought, ‘So what is going to be U.S. policy?’

Q: What were the U.S.’s objectives in trying to stabilize Ethiopia, Eritrea, Mozambique and the other countries facing political turmoil?
Cohen: One of our objectives in mediating was trying to make sure that the ongoing governance situation was more democratic than non-democratic. So in Angola, one of the agreements in the peace deal was an election with the hope that it would lead on to more democracy. In Ethiopia, we urged the rebels who ended up on top to fix their democracy. In Mozambique, we helped establish a democracy, which has lasted to this day. So our objective was always a good- governance situation after the conflicts.

Q: In your book The Mind of the African Strongman, you discuss post-colonial figures leading nations post independence for better or for worse. You mention Gaddafi and Mandela, for example. How have these “Strongmen” shaped the Africa we see today?
Cohen: I think they made Africa lag behind for the most part. Some of the more selfish leaders didn’t only lead to non-democratic governance but also adoption of policies, both economic and political, that would guarantee progress that couldn’t compare to say South-East Asia.

Q: Has this corruption affected the way Americans view investment into Africa?
Cohen: I remember having dinner at the Ambassador’s house in Ghana, after I left government, and it was all Ghanaian businessmen. I asked them if they were all really investing, but they said they were waiting for Americans to invest, who they said would make them feel comfortable. But it’s the opposite in reality. Americans will only invest where they see local people investing. It’s still quite rare. Now you have Ford Motor Company starting a factory in Kenya, for example, where they feel comfortable and don’t feel like they’ll be harassed. It’s happening in Nigeria too, where you know that it’s only commercial issues that will decide if you make money or not. But I would say only twenty percent of the African continent is inviting to foreign investment.

Q: What do you see as a resolution to this issue? Be it in the form of policy or otherwise, how can the US encourage further foreign investment in the country?
Cohen: We have people in USAID and the World Bank who go in and study the situation and explain why Africa is deterring Western investors. There is the judicial issue and the corruption issue. Some governments don’t even know the issues their countries face. It is essential to encourage locals first and foreigners will then feel comfortable. That’s a heavy part of our good- governance objective.

Q: What do you see as some of the challenges the continent unilaterally faces?
Cohen: I would say the biggest issue is electricity, because you can’t really do anything without reliable power. You go to many large African cities and they have power outages that last 2-3 hours virtually every day and if you’re an investor that needs that power to keep your production going that’s an issue. So I give that the highest priority – and that’s what I’m working on now: how to get power into Africa via the private sector. The second is other forms of infrastructure, especially ports. For example, Ethiopia is having a major drought problem that has led to famine. Now ships are coming into their only close port, which is Djibouti, and they’ve taken forty days in waiting. And there are ports that are still operating like they were in 1950. These have to adapt now to handle these gigantic ships, especially for minerals. Thirdly, I would say are roads. What use is a port if you can’t transport materials from ports into the major cities? So the issues are mainly infrastructure-oriented, in addition to corruption and the lack of apt judicial processes.

Q: Will American companies and businesses be involved in this push to develop African energy and electricity infrastructure?
Cohen: They already are. In fact, I am Africa Political Risk Advisor to a New York company called Contour Global, which is a worldwide company that invests in power generation and the receiving country signs a contract to buy that power at a fixed price for twenty years. We now have started in five countries, Togo, Senegal, Rwanda, Mali and Nigeria.

Q: Does the infrastructure necessarily exist for disseminating that energy?
Cohen: That’s a good question, because it doesn’t always exist in a lot of countries, but everywhere the company has invested they have focused on selling the power to the consumer and figuring out how to get it there. But in other countries, Contour Global has said we can’t work here because there is simply no facility to transmit our product.

Q: Should Africa first develop a fully-fledged grid network of electricity or go straight to solar energy?
Cohen: I think you need both. The statistic is that 600 million people still don’t have access to electricity in Africa. So what do you do? Well, those who live in large cities or medium sized cities, they have grids but not enough production. So there you put in more generation. A good example is the city of Conakry in Guinea – a typical African country where the French left behind a small generation facility with unmaintained lines running throughout the city. So the World Bank came in and said, ‘We’ll fix the lines,’ and an Indian company came in and said, ‘We’ll install pay-first meters,’ and now the city never has any outages. For cities, you go back to the traditional generation of power and people pay for it. For people in the rural areas you have off- grid power – like small solar kits that they buy for $500 which enables them to have five light- bulbs and a television set. I think it’s essential that they equip themselves with off-grid electricity and eventually the main lines will reach them.

Q: How has the US government’s policy directed towards encouraging business in Africa changed?
Cohen: Well, the Clinton administration brought in a very innovative project called the African Growth and Opportunities Act which says that whatever African countries make, we’ll allow into the United States duty free, which is a tremendous advantage. Somebody in Madagascar can now make a ladies sweater far more cheaply than the Chinese could. This has not been a blockbuster project, but some of these countries have really benefitted a lot from it, like Lesotho, South Africa, and Tanzania.

Q: What has inhibited the African Growth and Opportunities Act from realizing its potential?
Cohen: If you are going to take advantage of this policy to its full extent you have to make things. In order to make things you need investors. So you expect that Americans would think they can get lots of cheap labor in Africa and import their goods into the United States, but because of the governance issues we’ve discussed, American investors say, ‘Let the Taiwanese investors build factories and we’ll give them big contracts.’ The Africans do benefit from a heavy uptake in employment, but are not benefitting as much as they could from real direct American investment.

Q: How do you see the difference between the Afro-Chinese and Afro-American business relationship?
Cohen: China has not seen Africa as a development destination, but the U.S. sees to it that businesses in collaboration with the government contribute to a development result. When the Chinese started their big expansion nearly twenty years ago they saw Africa as a vast treasure trove of commodities which they needed, except for bauxite. They needed iron ore, copper, diamonds, oil and all these other things. So they saw Africa as a barter area – they came in and asked the countries what they needed. ‘We need a road from the capital to the sea.’ The Chinese said they would send a road building company, but asked, ‘Can you guarantee us 100,000 tonnes of copper per year?’ That’s a fine approach, but there was not economic development rationale included. U.S. companies create not only jobs but also highly skilled individuals, like in the case of Chevron. The Chinese never do that. They bring in their own workers and then after the project is over, some workers stay and bring in Chinese goods for their retail shops that undercut local production. So when people tell me that China is undercutting the U.S., I disagree because our objectives are different.

Q: To close our discussion, I’d like to ask you a quite hotly debated topic. Do you think that foreign aid is more valuable than international trade?
Cohen: There’s a book that has made a lot of noise called Dead Aid, which was written by a Zambian economist. She argues that aid creates a dependency syndrome, so Africans get used to it. So therefore thing, ‘Why make an effort to do what is necessary to generate our own wealth?’ When you look at the budget of a lot of African countries you see that 30-40 percent is foreign aid, budgetary support. And so some argue that it is a disincentive for African political leaders to do what’s right. I tend to think there is something valid in that argument. So what I’m saying is let’s give notice to a lot of African countries that there are only ten more years of support. We will support you technically even after we stop our budgetary aid any way. However, I mentioned this to a congressman who said, ‘If you have no foreign aid, you have no foreign policy.’ So it’s a clash between good economic rationale and foreign policy. We want to make sure we still have an influence.

Brief overview of Ambassador Cohen’s career in the Foreign Service:

Author bio: Kabir Gandhi, member of Harvard College Class of 2019, is Communications Chair and Vice President-elect for the Harvard Africa Business and Investment Club. Born in New York City, Gandhi has also lived in Mumbai, Hong Kong and most recently in London, where he attended the Harrow School. He is deeply interested in the development of emerging markets and government policy geared towards financial inclusion.