Home > Interviews > Interview with Mamphela Ramphele: Can African Women Redefine Liberation for All? 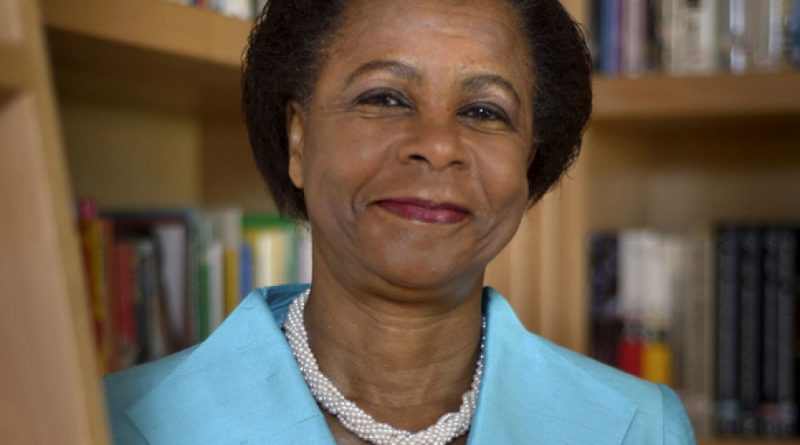 Dr. Mamphela Ramphele gave a lecture in September this year at the Radcliffe Institute for Advanced Study at Harvard University titled “Can African Women Redefine Liberation for All?” The video of her lecture can be viewed here.

Dr. Ramphele, a former World Bank managing director and political party leader in South Africa, sat down with the Africa Policy Journal to share her views on leadership and how women can change the leadership dialogue.

The overall quality of the leadership needs to change. There is an attitude that liberation leaders are entitled to rule. At the end of the day, citizens need to stand up. And women in Africa, they’re at the bottom of the rung. Women touch the lives of so many people. Changes need to happen in the school system, the work place, and places of worship. There is a civic education process that needs to occur to change the attitudes towards leadership. It won’t be easy. It will challenge a patriarchal narrative but change is coming.

Q: From the title of your talk, how can women redefine leadership?

I learned as a student activist in the Black Consciousness movement that I could not be free as a black person if I wasn’t also free as a woman. The voices of young women are redefining their place. Each woman should know she needs to look inside herself. We need to be encouraging collaboration and encouraging one another to be open. We need to acknowledge there are different ways to be a mother.

Q: What led you to form a political party and what did you learn from that experience?

I’ve never been a political party member. But I became desperate. Government needs to be held accountable. Political parties are extremely difficult to start, very expensive and time consuming. Egos got in the way and the time was too short. People see politics as a ticket to parliament. There are no shortcuts to transformation. I learned in the process that politics aren’t for me. My focus now is on mobilizing for change at all levels. Right now the African National Congress has betrayed Nelson Mandela’s vision. We need to bring about changes that will recapture Mandela’s idealism.

Bio: Dr. Ramphele has been a student activist and a key figure in the Black Consciousness movement, a medical doctor, vice-chancellor at the University of Cape Town, a managing director at the World Bank, held corporate board positions and in January 2013 launched political party Agang SA in South Africa. Agang won two seats in the national 2014 elections. Dr. Ramphele subsequently stepped down from her party and says she’s now focused on mobilizing South Africa’s citizenry to become more engaged politically to fight for change.