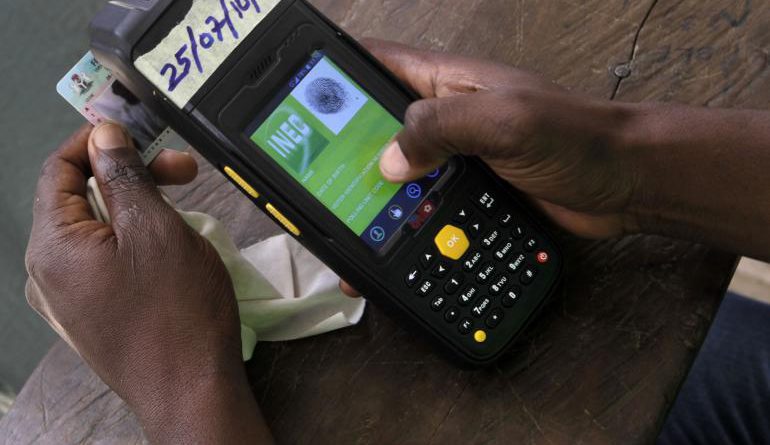 A lot of things have evolved since the 2011 elections when Nigerian youth celebrated social media as a tool for successful elections.

Technology has continued to foster government accountability, as well as active citizen participation in the country.

During the 2015 elections, young Nigerians, who make up 70 percent of the country’s 177 million population, again utilized technology. But this time, taking it a step further beyond social media to include live streaming of panel discourse prior to elections and utilizing mobile apps to report live incidents from different polling units across the country.

Fusing different innovative mobile apps with social media helped them mobilize and report incidents from various polling units with the hope of reducing electoral fraud and manipulation. One of such app is Revoda, which allowed citizens to send firsthand reports about election activities in real time.

During the 2015 elections, Revoda served as a neutral platform focused on empowering citizens to become election observers. Voters used their phones to report what happened at their polling units on Election Day, thereby indirectly fostering free and fair elections.

Explaining further how it worked, Yemi Adamolekun, executive director of Enough-Is-Enough Nigeria, a Nigeria-based NGO said, “You don’t need to tell us where you are. So it is really a simple app. It allows you to tell us what particular location you are reporting from, if [voting] materials arrived on time, if the police were helpful or not, if there was any violence at your polling unit, if the counting was done the way it should be done and a text box that you could put in results, [including any information your wanted to share].”

As the reports from citizens were streamed live into a central platform on the website and across social networks, INEC officials and security forces were alerted to take action where needed.

Nigeria is Africa’s largest mobile market with more than 125 million subscribers, according to statistics released by the independent national regulatory authority for telecommunications industry in the country, the Nigerian Communications Commission. Nigeria also ranks the 8th country in the world with high Internet users. As the citizens become more tech savvy, they are finding more creative ways to use their access.

Revoda was created over a weekend in March, few weeks before the elections held in April 2011. But not many citizens made use of it because there was lack of awareness about the app. Adamolekun did not give direct figures of how many people used it that year but she said lack of funds and awareness were some of the challenges that hindered it from mobilizing more users.

“We only had about 3 weeks to get people to know about it. Technology and development of app was also relatively new at that time. It also cost money. We’ve talked to telecommunications companies to give zero-rated shortcodes so that people will report for free but for telecommunications companies in Nigeria, elections equals to politics and they tend to stay away from it. Nobody was willing to give free SMS,” Adamolekun explained.

On how Revoda improved its application for the 2015 elections, Adamolekun said, they added more functionality, such as the ability to report from multiple polling units. “In the initial one you could only report from one polling unit,” she said.

“We wanted to do photographs and videos but due to bandwidth issues we decided not to worry too much,” she added.

INEC Not Left Out in Maximizing Technology

Nigeria Independent National Electoral Commission [INEC] was more tech-savvy in 2015 than they were in the past elections. They actively utilized technology to conduct successful elections and fostered citizen participation, through social media engagement.

Mrs. Seye Sorinyan, the head of ICT, voter’s registry department, INEC Lagos said a lot has been achieved through the use of technology.

According to her, learning from the failures of the 2011 elections, INEC better positioned itself to maximize the benefits of the Direct Data Capture Machine [DDC].

Dr Adekunle Ogunmola, a Resident Electoral Commissioner (REC) of INEC, said, “We knew during the 2011 elections there were some irregularities. This led to the innovation of Permanent Voters’ Card [PVC] to make it difficult for people to impersonate or make use of other people’s card to vote.”

For INEC, the increased penetration of social media and technology use created an opportunity to mobilize and engage with citizens.

“For example, with regards to the registration of voters, we developed a system where people can access database is on our website and confirm their registration status,” Ogunmola said.

INEC improved on the quality of trainings for their officers to ensure some of the mistakes that were made in 2011 elections, which resulted in mass loss of data, were not repeated.

“The ICT has a support team, which is a team of system analysts and system engineers that work with officials on the field to provide timely support during elections,” said Sorinyan.

Not without a glitch

Despite the accolades for the innovative use of technology and its role in ensuring a successful 2015 election, the process was not without a glitch.

The website of the INEC was hacked by unknown individuals during the presidential elections. In response to the situation, the commission through its twitter handle said: “We are aware of the recent hack of our @inecnigeria website, we are currently investigating this incident.”

In addition, some voters expressed their frustration during accreditation on Election Day due to failure of the Smart Card Readers (SCRs). Some attributed the failure to the incompetency of some of the INEC officials.

Seun Akinfolarin, an app developer and technology enthusiast, said that he has developed about five election related apps between 2011 and 2014.

“Some of them are mash-up of websites that have apps to support some functionalities,” he said.

“Downloads might not be indicator of how well people use the platform because users are also active on social media channels for maximum engagement,” he said.

In spite of his active participation in fostering citizen participation in elections through the use of technology, Akinfolarin pointed out the existence of a high level of apathy among the populace, including government leaders.

“It seems the leadership is not interested. You can’t move them by protests and online activism. It is not very good for the elections because we need the voice of the people and overwhelming support to show the direction Nigerians want to go,” he said.

Ceaser Keluro, another technology enthusiast, tried his hands on promoting a campaign app that would connect politicians with their constituencies during the elections. His goal was to create a platform that would ensure voters are able to dialogue with politicians directly. Unlike Revoda, which was created for citizens/voters, Keluro’s app was directed at politicians.

But his idea was drowned by the usual Nigerian political tactics – town-hall meetings and the distribution of gifts to electorates before the elections kicked off fully.

“I hope to see more campaign apps creating a two-way communication process to create an enabling environment for citizens and politicians to engage,” said Keluro.

He pointed out that citizen participation in Nigeria lacks intellectual debates on key issues. “I hope to see more issue-based election debates than focusing on personalities of politicians,” he said.

“I will like to encourage candidate to take advantage of apps. It is a huge opportunity for them to access the young population,” he added.

The elections have come and gone.

At the presidential level, Nigerians expect a successful transitioning of power from incumbent government leader, President Goodluck Ebele Jonathan to the newly President-elect Muhammadu Buhari. The same transition of power will occur at the state level.

The recorded success of the 2015 elections have paved the way for future development of disruptive apps that will continue to re-define governance and foster citizens participation in Nigeria.

Is the country’s socio-political ecosystem ready to maximize the opportunity, beyond political rhetoric?

Jennifer Ehidiamen is a tech savvy Journalist and communicator keen about using new media as a tool to disseminate information, collaborate and stir up progressive interaction. She writes from Lagos, Nigeria. Connect with her on Twitter: @disgeneration or via www.ruralreporters.com.