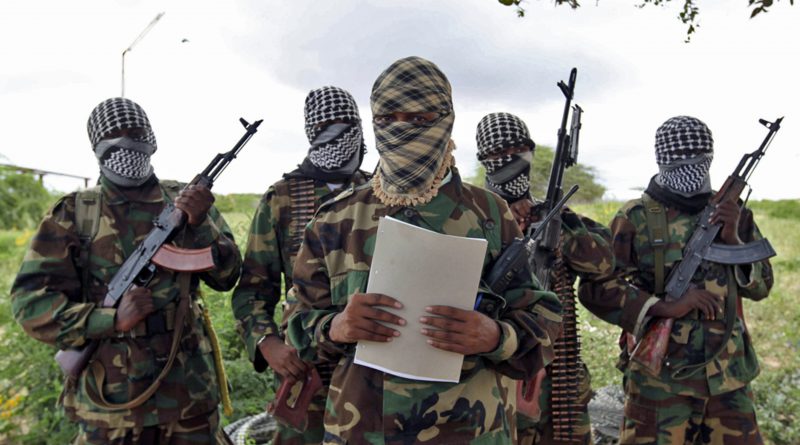 Blog General News Op-Eds
December 3, 2021December 3, 2021 Afghanistan, Ethiopia, Ryan Crocker, Somalia, US Foreign Policy
By Kevin Uniacke
Author Bio: Kevin Uniacke is an officer in the U.S. Air Force, currently serving with the New York Air National Guard, and a MPA Candidate at the Harvard Kennedy School. He has over ten years of analytical and security policy experience, with an extensive background in the planning, budgeting, and execution of military training events across Africa as a Security Cooperation & Engagements Officer. Kevin recently transitioned from Active Duty status in the Air Force to work full-time on Africa’s toughest challenges in the nonprofit sector.

Former U.S. Ambassador Ryan Crocker recently led a Zoom speaking engagement at the Harvard Kennedy School. The Ambassador discussed the consequences of the 2021 U.S. withdrawal from Afghanistan, drawing on his extensive diplomatic experience as a Foreign Service Officer for over 37 years and an Ambassador to Afghanistan, Iraq, Kuwait, Lebanon, Pakistan, and Syria.

He highlighted the security implications of what he termed “America’s strategic impatience”, a series of disengagement actions seemingly driven by a nation tired of commitments to open-ended conflicts abroad. Ambassador Crocker said that America’s adversaries are taking note of the U.S. withdrawal, noting that “the manner in which it was conducted has emboldened Islamic radicals everywhere.”

While Ambassador Crocker’s analysis was largely Afghanistan-centric, his testimony to the Senate Foreign Relations Committee clarified important takeaways from America’s strategic impatience that are also applicable for U.S strategy in Africa.

In his testimony he highlighted two central warnings; One was, “Be careful what you get yourself into,” noting that the unforeseen consequences of military intervention are often more complex and less predictable than most could envision. The other, “Be careful in deciding what you get out of,” pointed to the fact that the decision to withdraw can manifest consequences as complex and unpredictable as military intervention.

Highlighting the fallout of these policies in Africa is increasingly necessary as the U.S. shifts strategic defense priorities from the Middle East to the Indo-Pacific. The 2018 U.S. National Security Strategy and National Defense Strategy (NDS) laid the framework for a national pivot to great power competition from a focus on counterterrorism. Yet the NDS section on Africa saw no mention of addressing one of the continent’s major state actors and great power competitors, China, instead focusing on priorities and commitments of old – counterterrorism operations. As long as U.S. strategic priorities in Africa “remain inscrutable,” the burden will fall to its allies, leaving African Partner Nations like Somalia more vulnerable to opportunistic terrorism groups and prone to higher levels of instability.

Long plagued by al-Shabaab insurgents seeking to establish an Islamic state in the Horn of Africa (HoA), Somalia is at a critical juncture, particularly so in the wake of U.S. policy actions in 2020-21 and a rise in regional instability that coincides with Ethiopia’s ongoing civil war.

The Afghanistan withdrawal was preceded by the Trump Administration’s decision to redeploy approximately 700 soldiers (nearly all the reported in-country personnel) in Somalia to other countries in East Africa in early 2021. The “repositioning” occurred despite a September 2020 U.S. Africa Command characterization of al-Shabaab as the “most dangerous, capable, and imminent” threat on the African continent.

The critical “advise-and-assist” role filled by America’s elite military forces did not disappear entirely but continues primarily from strategic operating locations in Kenya and Djibouti. While not a wholesale disengagement, the Danab Commander of the U.S.-trained elite Somali force claims that the current arrangement “[is] not the same” as operating with U.S. commandos side-by-side. Nothing can effectively replace the real-time benefits of in-person training, even more so in the context of counterterrorism operations.

“Even with years of U.S. support, Somalia has been able to only partially blunt [al-] Shabab’s potency.” Declan Walsh writes. With Somalia’s Danab force only one-third manned and continually over-tasked, and the rest of the country’s disparate security forces still heavily reliant on foreign support, the stability outlook in HoA is quite bleak when facing sustained al-Shabaab operations.

Even more concerning are the unforeseen consequences of instability in Ethiopia and its impact on East Africa. Ethiopia fills a major security role in the region and remains a primary Troop Contributing Country to the African Mission in Somalia (AMISOM). Whether Ethiopian National Defense Force (ENDF) members are operating under AMISOM or executing counterterrorism operations unilaterally, their presence is a force multiplier for other security forces in Somalia. With reports of opposition forces led by Tigray fighters nearing Addis Ababa, the ENDF’s presence in Somalia remains more tenuous than ever. The ramifications of ENDF’s absence were highlighted in a 2020 Brookings article in which analysts observed a trend of increased al-Shabaab attacks that typically coincided with the withdrawal of Ethiopian troops.

Despite ongoing U.S. counterterrorism support for Somalia from periphery countries in East Africa, the direct consequences of withdrawing most U.S. personnel from Somalia are still coming to light. With AMISOM’s mandate set to expire on December 31,  2021, the unforeseen consequences of two major contributors to Somalia’s security assuming a less active and direct security role may catapult the country further into chaos and provide the terror group with an opportunity to further entrench and potentially expand their foothold in HoA.

Drawing on Ambassador Crocker’s words of caution, events in Afghanistan and to a lesser extent in Somalia may likely signal to adversaries across the world America’s lack of appetite for protracted conflict. The ability of key U.S. allies and partners to shoulder these burdens varies widely conflict-to-conflict, highlighting potential security vulnerabilities and windows of opportunity that may elevate extremist interest in areas like East Africa moving forward.