Home > General News > Mistress to a Married Man: Not a bad idea! 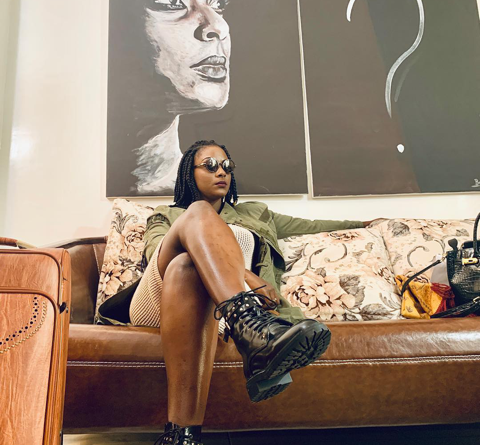 General News Op-Eds
July 6, 2019July 12, 2019
Djénéba Gory
Djénéba Gory is a French-Malian development professional who studied Business Administration and Accounting. She then worked in France as a financial auditor for private companies before moving to Cote d’ivoire where she began focusing on humanitarian and development projects in 15+ African countries. In 2018, she joined Harvard Kennedy School of Government where she currently studies Public Administration with a focus on Education Policies and Gender issues.

Mistress to a married man: Not a bad idea!

Looking back, If anyone had told me that I would be impatiently watching every episode of Maîtresse d’un homme marié (Mistress to a Married Man) from my student apartment in Cambridge, Massachusetts, I would have never believed it. Squeezed between a paper to write, a meeting with a former head of state, and a potluck at my friend’s place, I still manage to scrape together any 30 minutes I have to watch the next episode.

The first time my friend, Hafou, mentioned this new Senegalese television series, I was baffled. I must admit that the title is provocative. I thought it to be immoral. I actually almost never watch movies or TV. I consider TV a waste of time. I am usually that friend who remains quiet when people start to discuss Games of Thrones. Months after Hafou mentioned it, I went to an African lunch organized by another friend from Harvard Business School. There, I heard a few African men discussing the same Senegalese series. This time, it caught my attention. I wondered why these men would discuss a Senegalese soap opera though none of them was Senegalese and only two out of these five men were from French-speaking countries. That got me watching; and once I started, I was hooked.

Maîtresse d’un homme marié is a 30-minute per episode Senegalese series in Wolof (the most widely spoken national dialect in the country) that is broadcasted twice a week, on Mondays and Fridays on 2STV, the second most popular channel of the country. Every episode is also posted on YouTube with subtitles in French a few days after the official TV release. That allows francophone Africans to access it and enjoy the stories of the five main characters. The main protagonist, Mareme, is the lover of Cheikh, a successful businessman married to Lalla and father to a daughter. Lalla is the perfect woman, nice, pleasant and beautiful. She is convinced that her husband, Cheikh is a saint. Dialika is married to Cheikh’s brother, Birame, and despite a successful career, she is unhappy with her personal life. Her best friend is Dior, wise in appearance, but actually leads a double life. Finally, there is Racky, a young and hardworking girl who has a difficult relationship with her mother and lacks self-confidence.

There are many reasons why this series became so popular that it got more than one million views on YouTube. What I initially thought might be degrading to women turned out not to be the case. As someone who really cares about women’s empowerment, I can say that this series had an impact on my approach. I can draw three main lessons:

Lesson 1: Let’s face societal problems if we want to solve them

Maîtresse d’un homme marié depicts real social problems considered taboo to discuss. Many scenes show how people are forced to behave a certain way to conform to social norms to avoid being “shamed”. That leads them to drop the pursuit of their happiness to save the face. For instance, despite the fact that Dialika, a successful working woman, and mother of two, clearly suffers from her husband Birame’s alcoholism, irresponsibility, and love of nightlife, her parents want her to stay in that union because “that is how life is” and “all women suffer from similar situations”. Dialika also represents a scapegoat for her mother-in-law who does not want to face reality and admit her son’s deep flaws. On top of that, after being raped by her husband, Dialika is also blamed by her best friend, Dior, who considers that being raped by one’s husband is an oxymoron. There is also Racky. Racky was raped by “her father” when she was young and since then, she has struggled to find her balance to heal herself. But that struggle is reinforced by the disgust and disdain her mother has for her. Incest exists in Senegal, in West Africa, as it does everywhere. Our society tends to hold the victims responsible, especially when they are women. Racky is a fighter and she wants to work hard in the area of public works, traditionally reserved for men. Her daily life, whether at home or at work, is far from easy. This series does a good job showing how, in our society, people can feel powerless because of social pressure. The Senegalese society, like any other, tends to blame victims instead of facing real societal issues head on. Racky and Dialika are people we meet every day and it is the responsibility of each of us to refrain from making judgments and from putting people in boxes based on their actions. Acknowledging problems is the first step towards solving them.

Lesson 2: Let’s define standards of beauty and consumption in line with our own culture and identity

What a relief to discover an African series where women do not try to fit the Western mold! Anyone who has lived in Africa or even visited knows what I am referring to. Racky is the only light-skinned heroine but in the series, she is not considered the most beautiful of them. She doesn’t wear make-up, nor fancy clothes. Mareme, the main star, is proud of and secure in her dark complexion! Bleaching is a prevalent scourge in Senegal and more broadly in many African countries. This series does a good job of promoting African standards of beauty which, to me, also contributes to empowering women by promoting self-acceptance. Similarly, Lalla, the stylist and wife of a “wonderful” man, Cheick, is dark-skinned and only sells and wears African clothes. Most of the actresses actually mainly wear African-fabric clothes. Moreover, Lalla doesn’t follow the code of European beauty and is quite unabashedly full-figured. Mame, one of the characters, is Dialika and Mareme’s colleague. Mame also doesn’t follow those standards. She suffered from her appearance in the past and got bullied for being too shapely. She appears as a strong woman whereas she is, in reality, very weak. The challenge for her is to accept herself as she is. Another noticeable aspect about the willingness to depict reality and promote Senegalese culture is that actors use locally made products. This series celebrates authentic African beauty, not western beauty stereotypes, and it is a delight to see how this authenticity is also reflected in the characters’ hairstyles and their daily consumption. In 2017, Senegal imported around 34 million of used clothes and textiles. Promoting locally made textiles and beauty products can boost the country’s economy. Finally, the series is in Wolof (the main dialect spoken in Senegal) although sometimes it mixes with a bit of French, as it is done in real life.

Lesson 3: Education is not a panacea to empowering women.

This is the hardest lesson for me. As an advocate of women’s empowerment, I focus my efforts on education. One of my arguments is that educating women can help them become autonomous and less vulnerable to men and to society. This series actually proves that this is a much more complex topic that deserves more analysis. Mareme, the main actress, is not in need of money. She is also educated and has a full-time job. We can see from the first episodes that she has an unstable (deceptive) love life and that is actually her biggest concern. Although she accepts being Cheick’s lover, it is easy to feel that this situation does not suit her. She could decide to run away from him and the troubles, but she rather pursues him and takes actions that, at first, she would perceive as unethical. Dialika, described in Lesson 2 above, also works; She is educated and even though she is not rich, she has minimal financial means to escape from hell. But, in the first episodes, the pressure from society and the family actually is her biggest fear. Mareme and Dialika’s examples show that education is a first step but it is often insufficient as a solution to women’s empowerment, especially in societies where women are seen and valued through personal accomplishments that usually translate into being married and having children. That is all that matters, no matter what the price!

Maîtresse d’un homme marié describes an entire ecosystem and makes each of us aware of how little we know about our own struggles, history and pressures (sometimes even those of our loved ones). We usually only talk about the tip of the iceberg. Main criticisms about this series focus on scenes and dialogues described as indecent, obscene or offensive. Indeed, Mareme speaks frankly and she is bold. That said, it is very interesting to note that no one ever questions the reality of this series, not even Senegalese religious leaders who want to ban it. That says a lot about how close to reality it is. Debates are not around the truthfulness of these kinds of stories and scenes but rather around whether it should be displayed or not to our society and to the youth. But why shouldn’t we show it if this is how reality is?

This series reminds me of scenes that I witnessed or conversations that I had with my extended family, my friends and even my colleagues when working in Cote d’Ivoire, and visiting Mali and Senegal. Not to mention that the acting is very good. I love the character of Birame. He is such a great actor, playing an awful husband. He managed to make me hate him.

I reached out to Hafou to tell her how much I learned from this series. But now, the question is, how am I going to change my approach to reach the objective of empowering women given the complexity of factors that interplay? I learned from that series that I failed to consider that a first step to changing things is to face and acknowledge the situation. How can we pretend to address an issue that society still denies? I also learned that we must examine the roots and understand why appearance is so much more important than happiness. Finally, education, I believe, is a powerful tool, but it cannot be considered by itself a remedy for all problems within a society. This series complicates the narrative that education is the key. Empowering women starts by understanding society and what prevents them from getting power. It also starts by understanding and recognizing what power means to them.