Home > Articles > Modernization Theory and the Metaphor of the Development Ladder 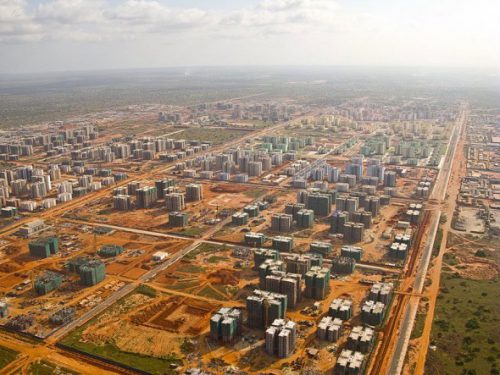 Published in the 2018 Africa Policy Journal Written by Christopher Zambakari*

The debate in economics, and specifically in development studies, about how to move a society and its industries forward has a longstanding history. The colonial conquest was partly justified as bringing development, modernization, and civilization to the so-called “backward or primitive societies.”[i]  In 2005, Jeffrey Sachs, the Director of The Earth Institute and Professor at Columbia University, published an influential book, The End of Poverty 2005.[ii] Sachs presents an account of poverty and development in terms of the metaphor of the ‘Development Ladder.’ In his capacity as the Special Advisor to the former United Nations Secretary-General Ban Ki-moon on the Millennium Development Goals, Sachs has advocated a particular brand of development economics in his quest to help end poverty, as the title of the book suggests.

One of Sachs’ most preeminent critics is William Easterly, Professor of Economics at New York University and Co-director of the NYU Development Research Institute. Easterly wrote that Sachs was “the economics profession’s leading advocate of mega-reform. Whether it is stabilization of hyperinflation in Bolivia, shock therapy to leap from Communism to capitalism in Poland and Russia, or a “Big Push” to end world poverty, Sachs’ recommendation throughout his career has been to do it fast, do it big, do it comprehensively, and do it with lots of Western money.”[iii]

In The End of Poverty, Sachs writes “that the rich have gotten rich because the poor have gotten poor,”[iv] more so, the key fact of our time is less driven by transfer of capital from one region to another but rather “the overall increase in world income, but at a different rate in different regions.’[v] The relationship between the global south and the global north is not an issue according to this analysis. The institutional legacy of colonial rule,[vi] unequal relations between countries, and unfair treaties[vii] are all issues of the past for Sachs.  Technology explains the gap between regions according to his analysis.[viii] To end poverty, all we need is more aid money and donor contributions to help underdeveloped and developing countries get out of poverty by getting them moving up the ladder of development.

III. The ‘Development Ladder’ Metaphor and its Assumptions

The period between the First and Second World War and the decades of decolonization in Latin and South America, Southeast Asia, and Africa saw a debate between two economics schools; one advocating for state planning and the other championing markets. Karl Popper argued for “piecemeal democratic reform” as opposed to “utopian social engineering.”[ix] This is the intellectual legacy out of which Sachs situates his own arguments about the big push to end poverty, rooted within the modernization theory. It builds on the debate between “therapy vs. gradualism in the ex-Communist countries.”[x] The first major flaw with the modernization theory, along with its metaphor of the Development Ladder, is that it dates back to the 1950s and 1960s and has long been abandoned by most economists “as simplistic, realizing that economic development is a complicated interplay of markets (with many imperfections), politics, social norms, institutions, and government policies, social services, and microeconomic interventions.”[xi] The second is its sequential approach; taking the state as a given unit of analysis, it forcefully imposes artificial stages upon people and the entire society without regard to the politics, history, norms, and values of those it seeks to move up the ladder. The third problem with the theory is that it naturalizes inequality within and between countries as a normal process toward growth and modernity.

Those who advocate a top-down approach and urge countries to get on the ladder of development usually take it upon themselves to justify the call by appealing to the problem of poverty and its eradication. Sachs writes in his book that “The end of poverty is at hand – within our generation – but only if we grasp the historic opportunity in front of us.”[xii] Behind this claim is an epistemological failure to distinguish between poverty as a historical fact and destitution, resulting from the type of relationship that undergirds the global economic order. Sachs conflates the two terms without making an effort to disentangle one from the other. As Ashis notes in his brilliant article,[xiii] poverty has always been with us. Destitution on the other hand is “directly attributable to processes of development.”[xiv] The myth in development discourse then is that poverty can be eradicated, when in reality destitution is a more accurate description. Modern critics such as Ashis and Lakshman Yapa locate the crisis at a deeper level and they touch on the nature of discourse that upholds the discipline of development studies. Yapa (1996) in one of his articles noted that:

The material deprivation experienced by the poor is a form of socially constructed scarcity. Poverty does not reside exclusively in the external world independent of academic discourse that thinks about it; discourse is deeply implicated in creating poverty insofar as it conceals the social origins of scarcity. Although the experience of hunger and malnutrition is immediately material, “poverty” exists in a discursive materialist formation where ideas, matter, discourse, and power are inter-twined in ways that virtually defy dissection.[xv]

Part of the problem that economists are trying to solve is rooted in the discourse they produce about the problem. Without reforming that intellectual legacy, the technical solution, advanced by people like Sachs, will not eradicate poverty; instead it will exacerbate already existing differences between and within countries.

Many studies that are critical of the nature of the relationship between western countries and formerly colonized societies is utterly absent from the account given by modernization theorists. It is this unequal relationship that has become problematic given that inequality is on the rise around the world and income has been falling for the last four decades, especially in the United States.[xvi]  Moreover, the current global capitalist system prioritizes large increases in wealth and income, which is increasingly concentrated in the hands of fewer and fewer people.[xvii] The destruction of ecosystems, nature, and many externalities that the system creates are absent from modernization theory. The destruction of welfare in many regions of the world has not led to a redistribution of the benefits that the current system promises.[xviii]

In other words, globalization has not benefited people equally everywhere. Wages have stagnated for middle classes around the world. As indicated by a report by the Economic Policy Institute, wages and income for the middle class has been on a decline since 1979. This trend has contributed to “dismal wage growth” and is a “key contributor to income stagnation and growing income inequality.”[xix] Rather than critically analyze and engage with the factors that make and maintain an unequal relationship between and within countries, and interrogating the system that causes people to be worse off today than in the past, modernization theory fails to account for the complex sets of variables that enable poverty and destitution around the world.

Materially and intellectually, Africa has been reduced to an exporter of raw materials and a net importer of manufactured goods. This has resulted in the dwarfing of a competitive industrial base throughout the continent that would otherwise be capable of elevating the standard of living for Africans, while deepening the continent’s reliance on external markets. The effect has been that developed countries have focused on manufacturing and knowledge-intensive sectors while allocating the task of raw material extraction to developing and underdeveloped countries. The effect has been a sustained system whereby the rich get richer and the poor are made poorer. The Egyptian economist Samir Amin notedly remarked that of all regions in the world, Africa remains the most vulnerable part of the global system and by this logic, it is condemned to perpetual exploitation.[xx]

Africa’s place in the world needs to be significantly renegotiated if it is to develop and strengthen its industrial powers.  To escape the resource curse and current extreme dependence on diminishing return industries[xxi] such as natural resource extraction, African states will have to develop an alternative source of employment, an industrial base, and strengthen the productive powers of infant industries if those industries are to survive fierce international competition.[xxii].

Friedrich List, the 19th century German political economist, saw the state as the main instrument for economic progress. Through tariffs, subsidies, quotas, import bans on key raw materials, and rebates on industrial inputs, it provided enough coverage for domestic industries to develop their competitiveness.  Erik Reinert, Norwegian economist and Senior Research Fellow at the Norwegian Institute of Strategic Studies, notes in his study of economic development since the Renaissance that “one very important task of the state has been to create well-functioning markets by providing a legal framework, standards, credit, physical infrastructure and if necessary to function temporarily as an entrepreneur of last resort.”[xxiii] The antagonism that is commonly reported in economic literature between the state and the private sector is rather a 20th century phenomenon.

The next major problem is rooted within development economics and how it relates to history. The metaphor of the Development Ladder originated with the writings of the German political economist Friedrich List. In his seminal work, The National System of Political Economy 1865,[xxvi] List made use of the metaphor in describing that what Great Britain, an imperial power then, was doing to other countries, namely Germany, amounted to a deliberate act of “kicking away the ladder” with which they climbed to the top and thus denying Germany the chance to develop its infant industries.[xxvii] However, the usage of the metaphor by modernization theorists skews the very history of how countries develop their industrial powers. By showing that there are set stages that all countries have to go through, modernization theory attempts to force countries into preset stages of development. The great advocate of this approach long before Sachs was Walt Whitman Rostow and his Five Stage Growth Theory, which included: Traditional society; Pre-conditions to “take-off”; Take off; Drive to maturity; Age of mass consumption.[xxviii] This was in essence like getting on the ladder of development, starting at the bottom, and climbing one step at a time, one stage at time until a country reaches the apex of development thus becoming ‘developed.’

* Dr. Christopher D. Zambakari is the CEO of The Zambakari Advisory, a Hartley B. and Ruth B. Barker Endowed Rotary Peace Fellow, and Assistant Editor for the Sudan Studies Association Bulletin. His work has been published in law, economic, and public policy journals.

[iii] Easterly William and Sachs Jeffrey, “The Big Push Déjà Vu: A Review of Jeffrey Sachs’s “the End of Poverty: Economic Possibilities for Our Time”,” Journal of Economic Literature 44, no. 1 (2006): 96.

[xvi] Gould, Elise. “Why America’s Workers Need Faster Wage Growth—and What We Can Do About It,” in REPORT | Wages Incomes and Wealth (Washington, DC: Economic Policy Institute. Accessible from <http://s3.epi.org/files/pdf/why-americas-workers-need-faster-wage-growth.pdf>, 2014).

[xxi] The concept of diminishing and increasing returns, popularized by the Norwegian economist Reinert, is not new. It goes back to the European Renaissance and finds expression in the writings of many economists including List, Friedrich. National System of Political Economy, trans. G.A. Matile (Philadelphia: J. B. Lippincott & Co., 1865)., Marshall, Alfred. Principles of Economics (London, UK: Macmillan, 1890)., and in American statements attributed to policymakers such as Abraham Lincoln, Alexander Hamilton and Erik S Reinert, “Development and Social Goals: Balancing Aid and Development to Prevent ‘Welfare Colonialism’ (Paper Prepared for the High-Level United Nations Development Conference on Millennium Development Goals, New York, March 14 and 15, 2005),” (Oslo, Norway & Tallinn, Estonia2005). These concepts are rooted in economic theory that deals with the process that leads to growth or lack thereof.