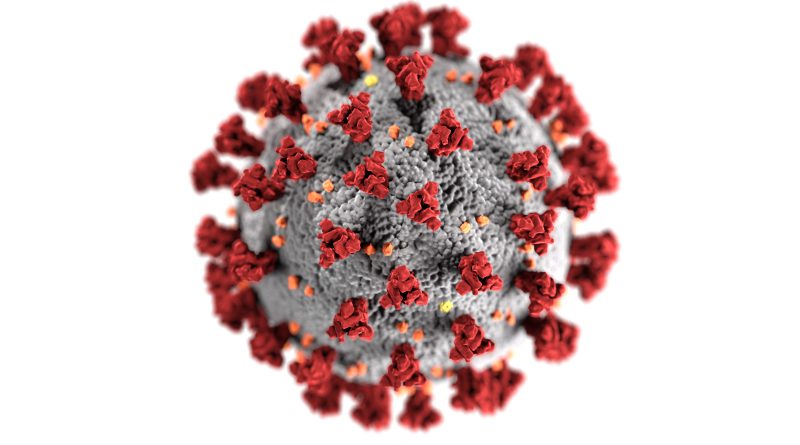 Hez is the Lead Publication Editor at the Africa Policy Journal. He is an MPA 2020 Candidate at the Harvard Kennedy School of Government and holds a Doctorate in Public Health from Boston University.

I am worried about Africa’s preparedness for the COVID-19 outbreak, and so should everybody else. As at the beginning of March, there were only four cases in Africa spread across Egypt, Algeria and Nigeria. Since then, at least 46 out of 54 countries in Africa have reported cases of COVID-19. On March 28 2020, roughly four weeks later, the number of cases has increased by a factor of 1000, with South Africa alone accounting for one-third of all cases. If this trend continues, Africa could be the next epicenter for COVID-19.

Now is a critical time for Africa. COVID-19 represents a threat to every nation but countries that have been quick to act have been less impacted. The US ignored the early warning signs and now has the highest number of cases in the world, over 100,000 as of March 28. Italy responded slightly too late and has now recorded more deaths from COVID-19 than any other country. Africa needs to avoid the same mistakes and act with a sense of urgency in combatting the looming threat of the deadly virus.

Acting with a sense of urgency requires implementing an approach that is simultaneously defensive and offensive. A defensive approach is what many African countries have in place. It consists preventing the threat from the outside by banning international flights and closing land borders. Other defensive measures include instituting a lock down, educating citizens on the importance of good hygiene, and practicing social distancing. These defensive measures require little resources and more political leadership for them to happen.

Take the case of the most populous country in Africa, Nigeria for example, with 97 cases as of March 28, more than half of which are in its business capital, Lagos. The Lagos State government ordered the closure of markets and stores trading in non-essential commodities. It also reduced the number of people gathering from 50 to 25, shut down parks, playgrounds and recreational centers, and ordered schools to close. Ghana has also implemented similar measures. In addition, the South African government has issued a lock down for the next 3 weeks. Africa seems to be focused on the defensive front. However, in public health as in other areas of human endeavor, playing defense just isn’t enough. The experience in the US and Italy attest to this.

To effectively combat COVID-19, Africa needs to go on the offense. This requires taking a more aggressive approach to deploy healthcare workers to fight at the frontline, increasing capacity for testing and tracing contacts, creating quarantine centers to isolate exposed individuals and expanding hospital care to provide services to everyone infected. But currently, there are only about 2 health workers for every 1,000 persons in Africa. The US has 6 times more health workers than the whole of Africa per capita. Europe’s health workforce is 8 times bigger, yet still struggling to fully respond to the outbreak. The US healthcare system has also been overwhelmed by the outbreak even though it has 3 hospital beds for every 1,000 people. Some African countries like Mali only have 0.1 hospital beds for 1,000 people. Also in the US, there are approximately 500 ventilators for every 1 million people but only 1 ventilator per 1 million people in Mali. In addition, testing for the virus, even though it was an initial struggle in the US, has significantly improved. In Africa however, there is still a massive shortage of test kits. As it stands, African countries do not have the resources to fight and their experience may be worse than that of the US and Italy combined if they do not act differently.

So, given the underfunding and understaffing of African healthcare systems, what should African countries do? First, Africa needs to look within. To address the shortage of health workers, Africa should begin training other categories of health workers usually not at the front line to be ready to respond. Dentists, pharmacists, community health workers should be trained on how to respond to COVID-19. Egypt has begun this by suspending the work of dermatologists, dentists, pharmacists and physical therapists in outpatient clinics, and training them to focus on preventive COVID-19 measures like the tracing and following up of cases. Other African countries need to quickly emulate this.

With regards to hospital beds and isolation centers, African governments should rapidly work with the private sector to increase the current numbers. During the outbreak in China, the country transformed hundreds of hotels and schools into quarantine centers, built two new hospitals and created 14 temporary ones. Africa can do the same if it partners with the private sector. One of Africa’s richest men, Tony Elumelu recently pledged about 14 million USD, part of which will fund a medical center in Lagos, Nigeria, with beds for isolation and ICU facilities. Another financial institution in Nigeria, GTBank recently supported the Lagos State government to rapidly build a 110-bed isolation facility. More private sector leaders and institutions across the continent need to do the same. African governments should also partner with religious institutions to create isolation centers and temporary hospitals. There are thousands of churches in Africa with some having capacity of up to 50,000 people and massive expanses of land unused.

In addition, African governments should work with local manufacturing companies to develop ventilators and protective equipment. For example, an auto manufacturer in Nigeria has shown interest in converting its assembly lines to develop ventilators. The government together with philanthropists should support the financing of such manufacturers to produce needed ventilators in real time. In Italy, one of the biggest fashion houses, Giorgio Armani, converted its production plants to produce medical overalls for health workers. There are thousands of fashion designers on the continent that governments can partner with to develop masks and medical outfits for health workers responding to the needs of infected patients.

In terms of improving testing capacity on the continent, researchers in Senegal are currently developing test kits that can diagnose COVID-19 in 10 minutes. However, these kits may not be ready for distribution until sometime in June. In the meantime, African governments need to look outside for support. Thankfully, there has been some external support with supplies of test kits and masks from Jack Ma, the Chinese billionaire. But this is not enough. Nigeria for example needs 330 million USD to fight COVID-19. International financing agencies like the Global Fund need to provide additional financing support into Africa’s COVID-19 response. Bilateral and multilateral donors should grant loan forgiveness to African countries to relieve them of the pressure of servicing debt at a time when the fight against the pandemic requires the mobilization of unprecedented levels of financial resources. Africa will not be able to fight effectively unless it arms itself with enough resources.

Western countries may wonder why they should invest in Africa’s response while faced with an epidemiological crisis of their own. This may not make sense, but I argue that it is in their best interest to do so. Allowing COVID-19 to spread in Africa would increase the risk of the virus mutating and spreading back to the West. This would frustrate the current efforts to produce a vaccine and reverse all the progress that would have been made to combat the virus.

I believe that the time to act is now. Africa needs to go on the offense with support from within and without. Any further delay will only lead to a storm that the world may not be able to contain.