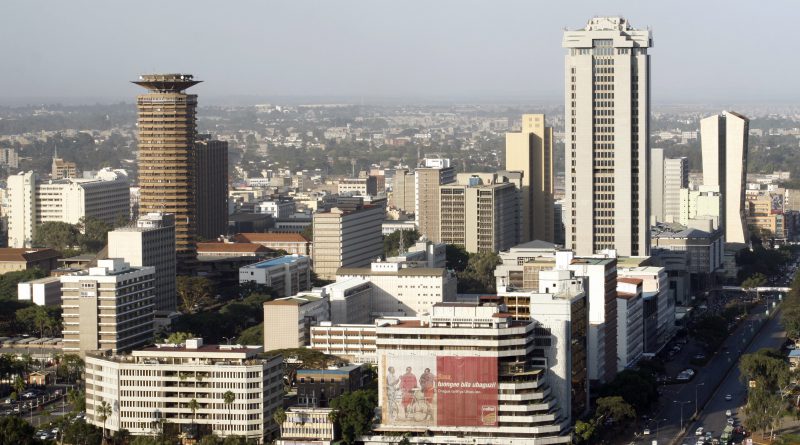 As I write this from Nairobi, Kenya, we are still basking in the warm and rosy glow of something approaching love as we remember with fondness President Obama’s recent visit. One of the big-ticket items during the President’s visit was his attendance of the seventh edition of the annual Global Entrepreneurship Summit. Of course, most ordinary Kenyans like myself did not get near the door.

But we heard about it on the media and thus perpetuated the dream of every Kenyan to come up with the next M-Pesa – the wildly successful mobile money transfer system that was invented in Kenya and seems to be ubiquitously quoted across the globe whenever innovation is being described. Amazingly, we all believe that the M-Pesa coup will somehow rub-off on us.  Indeed, according to a 2013 Gallup Poll 42% of respondents in Kenya demonstrated intent to start a new business in the next year versus 15% of respondents in the United States.

Unfortunately, the overwhelming majority of us we will never know what it means to be Brian Chesky, founder of Airbnb, who was in Nairobi with President Obama. I venture to point out a few shortcomings as to why this is entrepreneurial dystopia rather than entrepreneurial utopia.

The first problem is that in the 21st century this model leaves out the ability for people to collaborate faster in the age of the Internet. The stereotypical fallacy is that of the entrepreneur as a single operator aka the mad scientist working day and night in their garage to dream up this new to the world idea.  In the current Information Age, no matter how complex, the 1000 piece jigsaw will be built faster as there will be many minds and a larger amount of brainpower harnessed behind the same goal.  Steve Johnson the author of Where Good Ideas Come From talks about the power of “liquid networks” or spaces where people can bounce ideas of each other which ultimately can inspire one big idea that is greater than the sum of its parts.

The second issue with creating this mass entrepreneurship movement is that the ultimate objectives of a successful enterprise are to create wealth and jobs. If we are all busy promoting our own individual ideas then who will work for these businesses that we are creating? Are we not by definition reverting to a more primitive pre-industrial age economic system where we fail to harness Adam Smith’s economies of scale and revert to a more basic barter trade? The reality is that in order for entrepreneurship to survive the ‘worker bees’ need to be far more numerous than the actual ‘queen bee’ entrepreneur.

And these are not the only impediments.

The 2015 Global Entrepreneurship Summit called for women and youth to be enlisted. Being a woman myself I am all for this message however it does present an additional contextual challenge to my more marginalized gender. The stereotype of entrepreneurship is epitomized globally by the iconic white male figure – visualize Richard Branson, Steve Jobs, Bill Gates, Mark Zuckerberg and so forth.  However, even in the US, an environment rated number one in the world for fostering female entrepreneurs, only 13 per cent of venture capital funds went to female entrepreneurs in the first half of 2013.

So with the odds stacked against us what should we do if not pursue the entrepreneurial dream? The answer is keep your day job (or find one?). To all the employers and business leaders out there – there is no need to start preparing for a mass exodus of talent. The reality is that as Kevin Ready author of Startup and a contributor to Forbes says: though everybody can – not everybody should be an entrepreneur. It’s really hard work constantly selling the idea to all and sundry and doing all manner of indirectly related jobs to make it work. Most of us are more suited to the 9 to 5 type of job, which seems to exert the best value namely maximum pay for minimum effort.

Entrepreneurship as the buzzword of the moment is an easy sell for the political class. The lure of hope, a chance to win, a lottery – is far easier to deliver on than modern super-highways, tertiary education for all and hospitals equipped to save lives.

However, lets embrace the fact that we are not all entrepreneurs – thank goodness – for companies and entrepreneurial ventures need workers.  And don’t get me wrong; I am rooting for the numbered few amongst us who will be elevated to the hallowed halls of fame of great industrial barons or tech moguls.  I only caution the rest of my fellow Kenyans not to get their hopes up as seen through their rose-colored view of our very own Kenyan-American president.

Entrepreneurship is dead. At least to most of us.

The writer is a recovering ‘worker bee’ of a major US-based multi-national corporation.