Home > Articles > The Regional Governance of Genetically Modified Crops: What Does the Future Hold for ECOWAS? 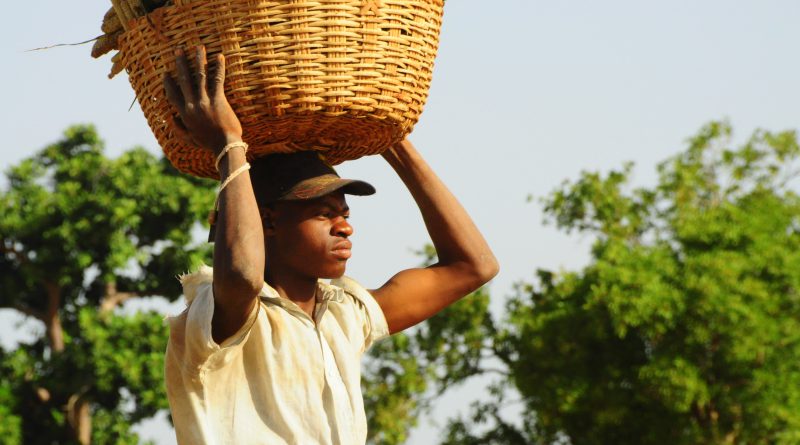 Since the first genetically modified (“GM”), or biotech crop was released onto the market for human consumption in 1994, African countries have been largely adverse to the crops. Only four African countries have, at some point in time, permitted GM crops to enter their markets.[1] However, with the help of the Economic Community of West African States (“ECOWAS”), a treaty-based institution that has a mandate of promoting co-operation and integration across its territory for the purpose of advancing human and economic development, this could all change.

ECOWAS is currently in the process of developing a regional biosafety regulation. The regulation will largely determine whether the Community and its Member States take a precautionary, promotional, or preventative approach to the governance of biotech crops, in accordance with perceived risks and benefits. Once adopted, the regulation would be directly enforceable and applicable in Member States and the institutions of the Community.[2]

Regional regulation of biotech crops is attractive because it would support a common and competitive market and facilitate cross-border trade. Additionally, by pooling resources, Members could overcome their individual lack of regulatory capacity, and ensure regulatory efficiency. Also, because it is relatively easy for crops to be transported across borders, a regional regulation could provide baseline protections against mutually agreed upon risks.

Despite the aforementioned benefits, regional regulation deserves close scrutiny because across West Africa there is no consensus on GM-associated risk or on how those risks should be assessed and regulated.[3] In fact, the debate over GM risks has led to major pro and anti-GM campaigns and lawsuits against governments.[4] Those in favor of biotech tend to limit their risk analysis to economic impacts and scientific evidence. Accordingly, for proponents, the potential of GM crops to greatly increase the region’s agricultural output coupled with the fact that the vast majority of scientific studies have concluded that GM crops are generally not harmful to human health or the environment[5] merit a permissive stance towards GM crops.

On the other hand, those in opposition to GM crops have emphasized that it is necessary to take into account a more diverse array of risks. Such risks include socio-economic and ethical risks[6]—many of which are not easily accounted for in a science or economic-based risk analysis—leading them to the conclusion that GM risks outweigh their potential benefits.[7] Large multinational companies from the Global North, like Monsanto, dominate the global biotech seed market,[8] and GM crop critics justifiably worry that placing the basic inputs of the food system under the control of foreign entities would undermine the food security of West African States, and even endanger the sovereignty of those nations.[9] Furthermore, the relatively high cost of biotech seeds and limitations on re-using, storing and informally trading biotech seeds, as a result of IP protections, could significantly limit access to seeds for low-income farmers.[10] Such a scenario would likely be detrimental because roughly seventy percent of the West Africans rely on agriculture for their livelihoods.[11]

Moreover, communities’ openness to the crops varies from country to country. Eight out of the fifteen ECOWAS Member States have enacted biosafety laws that vary in their approach to the regulation of GM crops.[12] For example, Burkina Faso has commercialized GM crops,[13] while Benin has banned GM crops.[14]

Therefore, it is essential for the regional regulatory process to adequately account for the diverse interests, environments, and socio-economic realities that exist across the economic community. Nevertheless, ECOWAS’ institutional structure, decision-making processes, and financial constraints raise concerns that the process, in fact, will fall short of such inclusiveness.

For starters, ECOWAS is subject to institutional bias. Institutional bias is the “systematic variation between international organizations in terms of resources, structure, and procedures that tend to allow some issues in while repress[ing] others and encourag[ing]” some outcomes over others.[15] Institutional bias is relevant here because although, in carrying out its mandate, ECOWAS is to consider human rights, environmental impacts, and sustainable development principles,[16] the Community’s core responsibilities are to remove barriers to trade and to promote collective self-sufficiency.[17] Additionally, to achieve collective self-sufficiency, increasing crop production and the cross-border trade of crops within the Community is a top priority.[18] Consequently, since GM crops have the potential to increase crop yields, there is a significant chance that ECOWAS’ interests in collective self-sufficiency will cause the organization to play down or overlook concerns about the crops. Moreover, as Member States increasingly make strides toward commercializing biotech crops, taking a permissive regulatory approach will likely become tempting to ensure that cross-border crop trade goes on uninhibited.[19]

From a justice perspective, institutional bias here could contribute to the creation of an unfair regulation. More specifically, placing too much focus on broad regional goals, such as collective self-sufficiency, could cause regional regulators to overlook or fail to adequately account for serious, yet isolated, local level risks, or to be overly optimistic in their calculation of the potential benefits of biotech. ECOWAS’ power dynamics, which determine whose voices are given weight in the regulatory process, raise further justice concerns. Large Member States, like Nigeria, have a disproportionate influence on ECOWAS decisions,[20] and there is a chance that their voices will drown out those of smaller States, leading to a regulation that is most favorable for their economic interest and domestic realities.

Furthermore, ECOWAS’ financial constraints increase the institutions vulnerability to regulatory capture by wealthy entities.[21] At the national level, States’ lack of financial resources to undertake risk assessments and to develop and implement costly biosafety frameworks has already opened the door for wealthy, foreign donors and multinational corporations to enter national regulatory processes.[22] Monsanto,[23] the Syngenta Foundation for Sustainable Agriculture,[24] the Bill and Melinda Gates Foundations,[25] the World Bank,[26] and USAID[27] are a few of the major players.[28] Although the aforementioned entities have contributed millions of dollars to fund research, train scientists and policymakers, and enhance institutions,[29] they are all interested parties, and are ultimately leveraging their financial resources to create a biotech-friendly regulatory environment.

On top of the Community’s financial constraints, ECOWAS has not included civil society organizations (“CSOs”) or the public throughout the regulatory process in a meaningful way.[30] This augments the chance that the interests of powerful entities will be disproportionately taken into account, and that the regional regulation will not adequately take into account public concerns or public knowledge. Citizens are also largely unaware of what biotechnology is.[31] Therefore, without government efforts to educate citizens about this new technology in an objective manner, citizens will not be able to engage with government officials around GM risks effectively.

ECOWAS and the Member States have much work to do to ensure that the regional regulatory process is inclusive. Whether the process is inclusive or not will have a substantial impact on whether the biosafety regulation will be representative of diverse community views and realities, legitimate in the eyes of stakeholders, and whether the regulation will ultimately be effective. Thus, ECOWAS should recall in the immediate term, strive to meaningfully engage citizens, make the regulatory process as transparent as possible, and fully account for regional diversity (in terms of cultural, socio-economic, and environmental diversity). These principles are in large part reflected in the Cartagena Protocol on Biosafety – an “authoritative international agreement on the subject of biosafety and living biotechnology products”[32] – that fourteen of the fifteen ECOWAS Member States have either fully ratified or signed. ECOWAS policymakers should also recall that improving human wellbeing across the region is the ultimate end being sought, and not economic growth or trade, which are often mistaken as ends in themselves.

For the West African people, it is essential that ECOWAS gets the biosafety regulation right. While biotech crops could usher in the new “green revolution” that proponents of GM crops depict, the crops could also completely disrupt the agricultural sector to the detriment of the environment and the West African people. Additionally, how ECOWAS governs technology could challenge and re-shape societal norms in unforeseen ways. Since household food and income are highly dependent on agriculture and many communities are based around the agriculture industry, the introduction of new crop technology could impact community social dynamics, traditional family roles, and much more. As a result, the ECOWAS regulatory process must not only concern itself with the clear problems of food security, crop pests, and drought, which GM crops may help countries address, but also concern itself with the type of society that the West African people would like to have.

* Terrence Neal is a third-year student at Harvard Law School. He is also a Publishing Editor of the Harvard Africa Policy Journal.

[1] “A total of 13 countries, up from 11 in 2015, either planted, actively evaluated field trials or transitioned to grant approvals for the general release of various biotech crops.” The International Service for the Acquisition of Agro-biotech Applications, Brief 52, Global Status of Commercialized Biotech/GM Crops: 2016 83 (2016).

[5] See Genetically Engineered Crops: Experiences and Prospects, The National Academies of Sciences Board on Agriculture and Natural Resources (May 2016) ([T]he study committee found no substantiated evidence of a difference in risks to human health between currently commercialized genetically engineered (GE) crops and conventionally bred crops, nor did it find conclusive cause-and-effect evidence of environmental problems from the GE crops.); Suzie Key et al., Genetically Modified Plants and Human Health, 101 J. of the Royal Society of Medicine 290, 292–93 (2008).

[22] See Friends of the Earth International, Who Benefits from GM Crops? The Expansion of Agribusiness Interests in Africa through biosafety policy (Feb. 2015).