Home > General News > An African Bias at the ICC? A Discussion in Two Parts 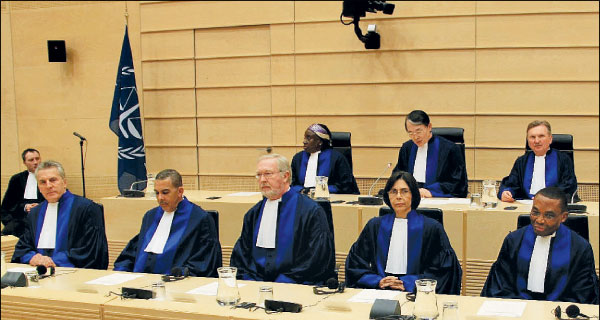 The International Criminal Court (ICC) has long been under fire for almost exclusively selecting and prosecuting cases on the African continent. Critics of the only permanent criminal tribunal of its kind have pointed to atrocities committed in Iraq, Argentina, or Ukraine as evidence that the ICC is not so much an impartial body, holding governments and individuals around the world responsible for crimes against humanity, as it is a tool of Western countries’ continued illegitimate influence over the sovereignty of African countries. In singling out African countries for scrutiny, the ICC’s critics argue, the real message being conveyed is that developed countries enjoy special impunity for their transgressions in the eyes of the international community.

On the other hand, defenders of the court (including its Gambian Prosecutor, Fatou Bensouda) point to its narrow mandate, to the volume of requests from African countries and to the exceptional nature of certain atrocities on the Continent as justification for a focus on Africa. Given the recent announcement by three African countries of their intention to withdraw from the Rome Statute, the court is facing a more serious crisis of legitimacy. There are several outlooks to be had on the future of the Court, and this topic’s discussants present two differing perspectives on the question of African bias at the ICC, and what to do about it.

See our two discussants’ opinions in the articles below:

“For Africa, the ICC is Not the Only Way Forward” By Khadijah A. Robinson